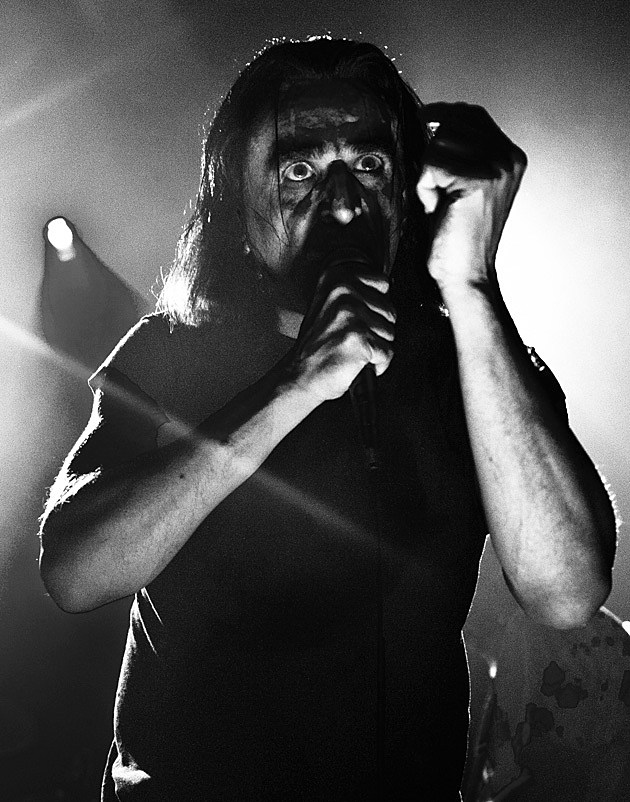 Goth/industrial legends Killing Joke will release their new album Pylon on October 23 via Spinefarm, the followup to 2012's MMXII. Now, as promised, they've announced a 2016 North American tour in support of that, with newer band The Soft Moon opening (a well-matched double bill).

The tour hits NYC on February 13 at Irving Plaza. Tickets will be on sale soon.

So far the band released two songs from the album, "I Am the Virus" and "Euphoria." Listen to both, with the list of tour dates, below...