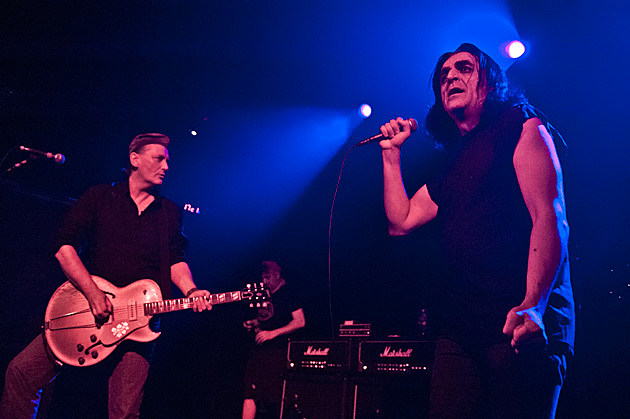 Bad news for Killing Joke fans: the group's upcoming North American tour, which included a NYC date in February, is not happening. From the band's Facebook:

Dear Gatherers and friends. It is with great sadness and regret that due to some health issues for one of the band we will not be able to embark on our 2016 U.S. Tour. This has come as a shock to us all, please give us the time to work this out and we hope to return to touring as soon as possible.

Bummer. On the plus side, The Soft Moon, who were opening on the tour, are going to hit the road anyway, though now at different venues. They'll play Brooklyn's Saint Vitus on Valentine's Day (2/14). No openers announced yet but tickets are on sale. New Soft Moon dates are listed below.

In other Soft Moon news, the band are releasing a two-volume collection of remixes of songs from their album Deeper. Remixers include Trentemøller, Ninos Du Brasil and more. Vol. 1 will be out February 5 with Vol. 2 due February 19, both on Captured Tracks. Pre-orders are available and you can listen to the Phase Fatale Remix of "Desertion" below.