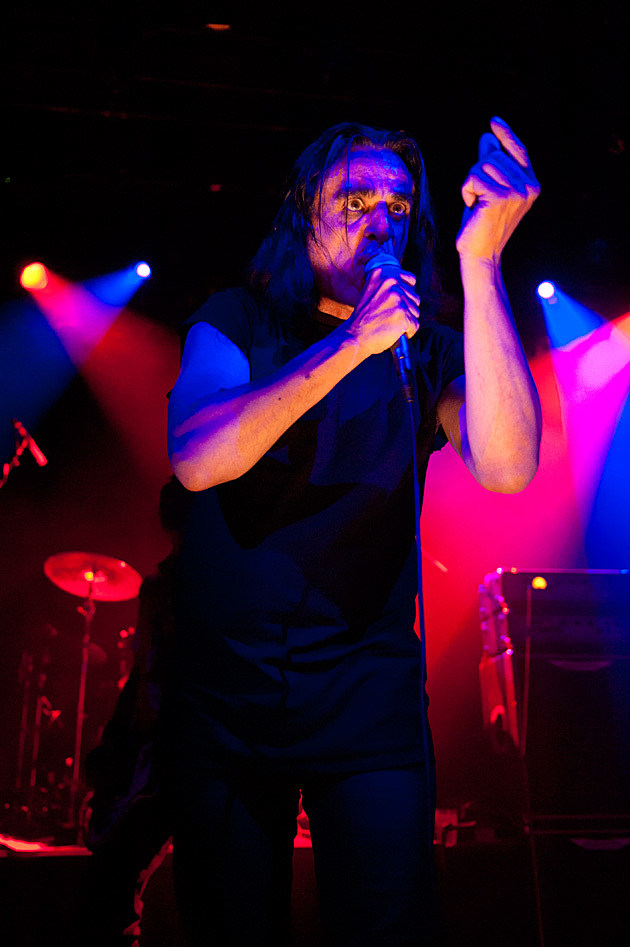 The legendary Killing Joke is, like many of the great bands of our time, unique and generally unclassifiable. Punk in both ethos and origin, the UK band has dippied its toe in industrial, metal, funk and dance music in their close-to-35-year career, carving out their own niche and more importantly their own sound. Jaz Coleman and co are currently touring the US, and played Irving Plaza last week.

On May 14, Killing Joke will survey the damage caused with the new double-disc, The Singles Collection 1979 - 2012, due on Spinefarm. The two-disc set will come with a third for a limited time, with that disc adding rarites and more unreleased studio tracks including "Four Stations Of The Sun." Check out the studio version of that track, a remix of which appeared on the 1998 LP Wardance - The Remixes,  for the first time, next to the "Timewave" demo, below.