Kim Deal w/ The Breeders in December (more by PSquared) 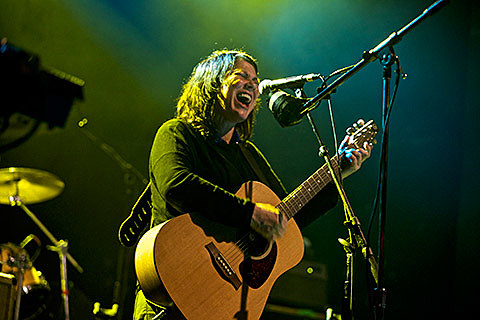 Ex-Pixie and current Breeder Kim Deal has been releasing a series of solo 7"s and the fourth installment, "The Root" b/w "Range on Castle" comes out today (4/1). You can pick it up the 7" at Kim's website, or download the tracks at iTunes. There's two versions of the vinyl release, the official release with artwork by famed 4AD designer Vaughan Oliver, and a limited edition (1000 copies) white label edition.

"The Root," which features Morgan Nagler of Whispertown, already had a music video, but it now gets a lyric video (directed by Morgan's Brother) too, which makes its premiere in this post. Check it out below...