Body/Head at Saint Vitus in June (more by Fred Pessaro) 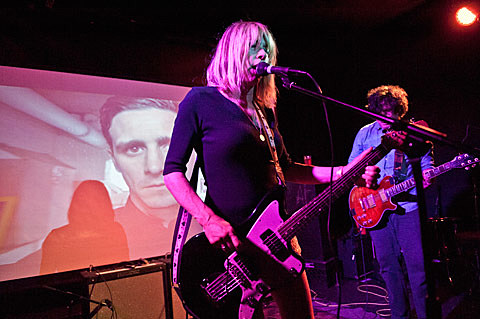 The main focus of Kim Gordon's post-Sonic Youth career has been Body/Head, her duo with Bill Nace, who release their new album, Coming Apart, next week (9/10) via Matador (have you streamed it?). They're supporting the new album with a tour which begins with a release show in Brooklyn on the day of the album's release at Union Pool (9/10) with YOSHIMO and Noise Nomads. That show is sold out, but there's also a couple other Body/Head and Body/Head-related shows coming up in NYC after the tour ends.

First, Body/Head will perform at the New Yorker Festival, which runs from October 4-6. They play on October 5 at SIR Stage 37, and in addition to their performance, there will also be a conversation with Kim and Alex Halberstadt. Then, there will be a benefit honoring Kim at Issue Project Room on November 13 and 14. That benefit will feature Kim herself being joined by a number of past collaborators, including her Body/Head bandmate Bill Nace, no wave legend Ikue Mori (also known for collaborations with Fred Frith, Julianna Barwick, and more), Kim's Her Noise collaborator Jutta Koether, and more TBA. Tickets for the first night ($250, $150 tax-deductible) which includes a VIP reception with an intimate performance form Kim and food and drinks by Rucola, are on sale now. Tickets for the second night go on sale Thursday, September 13 ($35).

Updated Body/Head dates are listed, along with a song stream and the flyer for the IPR shows, below... 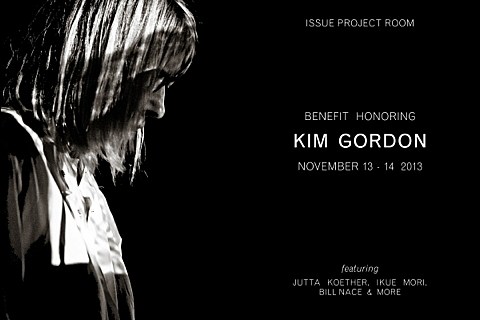