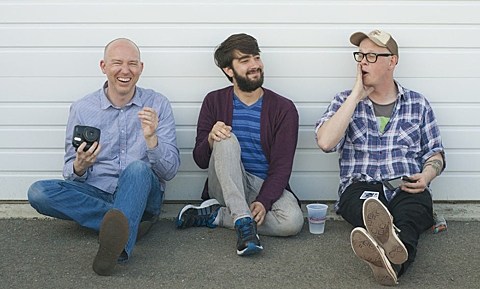 Here's a good pairing of two back-in-action indie/emo veterans now signed to Topshelf: Kind of Like Spitting, who will release their first new album since 2006 (a split LP with Warren Franklin) in February, and The City on Film (aka Braid co-frontman Bob Nanna), who released his first new album since 2005 in December, are teaming up for a tour together this spring. Opening is newer band Lee Corey Oswald (who put out Regards on No Sleep last year), and the tour hits NYC on April 1 at The Studio at Webster Hall. Tickets for that show go on sale at 10 AM on Friday (1/23).

All dates are listed, with two song streams from the new KOLS album and a full stream of TCOF's new album, below...