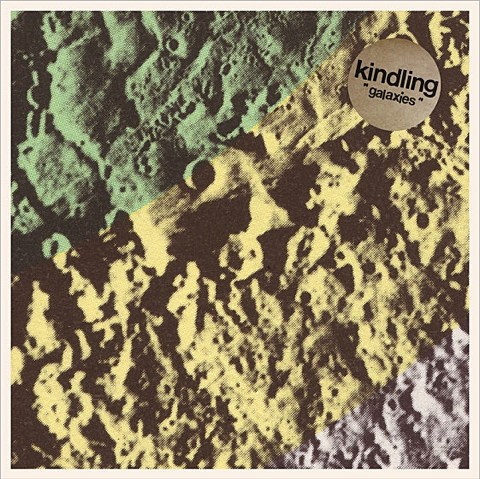 Western Mass screamo band Ampere have been pretty busy this year. They recently released a split with Raein, and Will and Meghan released the debut album with their band Longings. The other half of the band (vocalist Stephen Pierce and drummer Andy Skelly) now have an EP coming out with their shoegaze band Kindling. The EP is called Galaxies, it's due out November 6 on No Idea, and so far two songs are streaming. Going by those songs, "Painkiller" and Blinding Wave," it sounds like the kind of shoegaze that's been infiltrating the punk world lately (not surprising as half these members are in a screamo band). It's a bit heavier than Slowdive or something. Listen below.

Kindling also have some release shows coming up with Infinity Girl (who just played the Topshelf CMJ showcase) and California X (whose drummer is also in Longings). Those shows include NYC on November 7 at Suburbia with additional support from Clean Girls. $5 at the door gets you in to the all ages show.