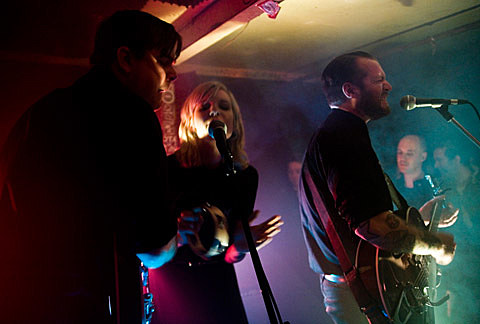 In addition to a recently acquired opening slot for Psychic TV on 12/7 at Europa (tickets), King Dude has also added a headlining show of his own at Union Pool on 12/9 with Cult of Youth. No word on advance tickets just yet. The show is part of a string of dates for the gothic crooner, who will play select cities on the eastern seaboard, as well as a stop in Chicago a month before his other stop in Chicago. Full tour dates are listed below.

King Dude recently released Burning Daylight which you can order a copy of at bandcamp and stream in full below.