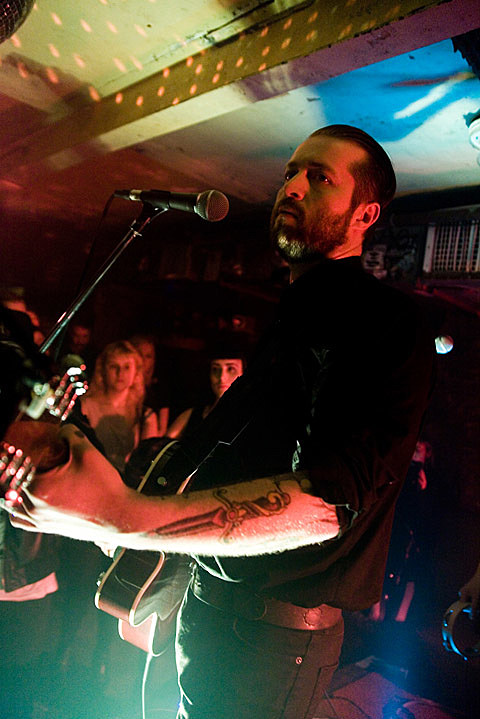 After blessing NYC (with a full band) earlier this month, King Dude will return to NYC to play Glasslands on July 5th, with RØSENKØPF, and Italian Horn, and DJ sets by Ryan Dais & Pieter Wierd. Tickets are on sale for what will be a stop before King Dude continues to Europe for a tour.

RØSENKØPF are welcoming their debut LP via WIERD Records on May 15th, and will celebrate the release with a show at Home Sweet Home on May 2nd. The show is one of two shows on the calendar for the gothic post-punk band, who will also play Le Poisson Rouge on 7/22 with Iceage (one of two NYC shows) and Martial Canterel (tickets still on sale).

Iceage, King Dude & RØSENKØPF all share a bill in June at Chaos in Tejas.

Preorder your copy of the self-titled RØSENKØPF LP via the label and stream some material from the record below alongside all tour dates....