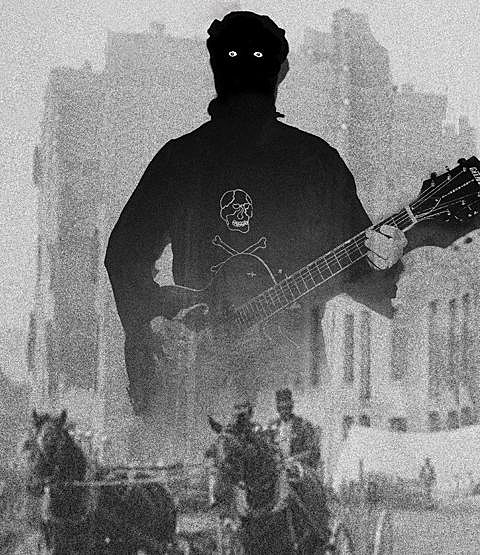 Americana-tinged neo-folkie King Dude will be playing Union Pool on 10/19 with SISU, Weeknight and Zig Zags as part of the Inland Empire CMJ Showcase. Since we posted about that, KD haas announced a few more dates around the fest, including one just after Saint Vitus on 10/20 with Scout Pare-Phillips, Dreadlords as well as a DJ set from Ryan Martin Tickets to both of that and the Union Pool show are still available.

We've got a third option too: King Dude is also playing the Brooklyn Vegan Day party on Saturday, October 19 at new Williamsburg venue Baby's All Right. Their set is at 3 PM and we'll be announcing the rest of the line-up soon. Not in NYC? King Dude will be playing a couple of shows surrounding the New York dates. Those are listed below.

Meanwhile, King Dude recently released a split 7" with beer-obsessed black metal band Urfaust, and the Dude just put out another 7" on the first of the month titled Born In Blood comprised of two older songs that have been rearranged and re-recorded.

Stream Born in Blood and check out more King Dude dates below...