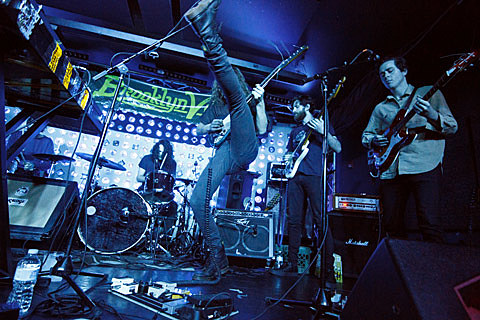 Frenzied Australian mass King Gizzard & the Lizard Wizard spent a good chunk of 2014 in the US and Canada on tour (and a lot of that hanging out in NYC). They'll be heading back this way for Bonnaroo and will then do a short, week-long North American tour. The NYC stop happens on June 19 at Bowery Ballroom. Tickets for that show go on sale Friday (1/30) at noon.

All dates are listed, along with the video for their single "Cellophane," below...