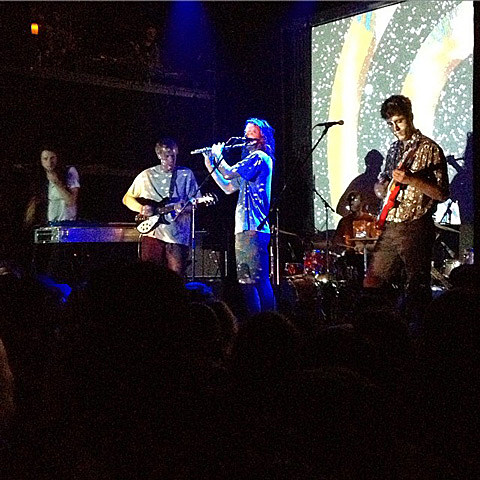 King Gizzard and the Lizard Wizard just played Bowery Ballroom on Friday night (6/19 -- anybody hit that? We had theorized that the late show happening at Baby's that same night might be them, though it turned out to be Unknown Mortal Orchestra. However, King Gizzard have just announced that they'll be playing Baby's All Right on Wednesday (6/24), a late night show happening after Ty Segall's sold-out acoustic show. Doors will be 11:30 PM for that one and tickets are on sale now.

King Gizzard will also be opening for Ty, acoustically, at the Baby's show, along with Christian Peslak. Updated dates are listed below...