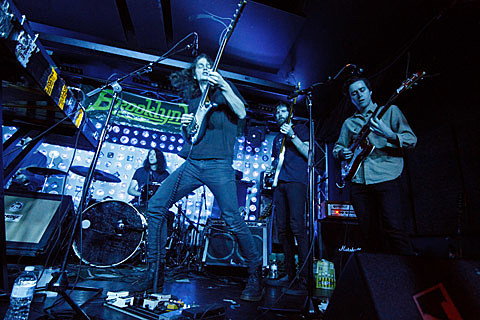 Woozy, weezy Australian psychedelic rockers King Gizzard & the Lizard Wizard are no strangers to the New York stage, having just played two shows here, and they return to the city for a headlining show at Music Hall of Williamsburg on September 16. It's the last stop on their just-announced North American late summer tour, set to kick off in LA, August 23. Tickets for that show go on sale Friday (7/10) at noon with an AmEx presale beginning Wednesday (7/8) at noon.

The tour news also come with the announcement that King Gizzard have signed to ATO and are currently working on their first album for the label.  That album, due out this fall, will be the band's second of 2015, having released Quarters on Castle Face in May.

All tour dates are listed, along with a stream of "Hot Wax" off last year's Oddments and find tour dates below...