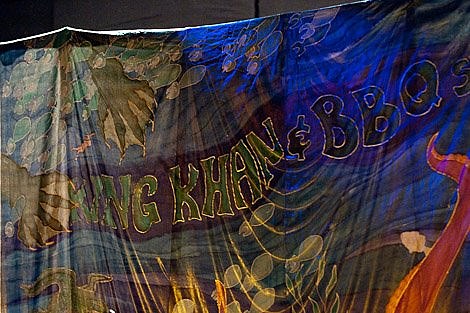 The rumor started spreading as early as 7 p.m. that Arish "King" Khan and Mark Sultan weren't going to show up for their nearly sold-out show Thursday night at Off Broadway in St. Louis.

The duo that comprises the King Khan & BBQ Show missed its early evening soundcheck and were M.I.A. and incommunicado throughout the night. Even as the eager crowd filed into the packed venue and witnessed a pair of impressive (though clearly stalling) opening acts, the chatter was that the headliners hadn't been heard from since they left Nashville--their previous tour date-- around 11 a.m. Thursday morning.

At approximately 11 p.m., local concert promoter Joey O'Farrell grabbed the mic and sheepishly delivered the news: The King Khan and BBQ would not be performing. No, he didn't know where they were or what had happened. Yes, Off Broadway was offering a full refund to anyone who wanted it.

Then Deer Tick singer John McCauley took the stage and delivered an impromptu set of classic rock and roll covers...

According to O'Farrell and Off Broadway owner Steve Pohlman, Khan and Sultan were arrested somewhere between Nashville and St. Louis. The charge is rumored to be drug possession, but neither party could offer any specifics. [St Louis Riverfront Times]

John McCauley was there because his fiance is a member of Those Darlins who are on tour with KK & BBQ at the moment. Those Darlins were one of the above-referenced opening acts.

Those Darlins & BBQ & King Khan running (from the law) 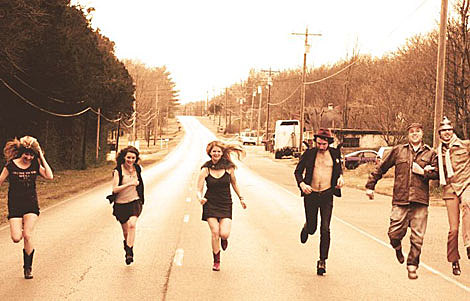 King Khan & BBQ were last in NYC for two end-of-October shows. From there they hit the road and played shows along the way to Austin where they were scheduled to play Fun Fun Fun Fest on Sunday. That show didn't go as planned either. The rain that plagued the 2nd day of the outdoor festival caused the stage they were supposed to play on to get super wet (The Strange Boys who played before them mentioned the possibility of getting electrocuted while they were playing). King Khan didn't want to play on the wet stage, so the festival staff quickly dried it, but not in enough time. Instead the duo played a free show that night at the venue Red 7. I went to that, partly because they played right before forgetters (who were awesome) at the same venue (though in a different room). King Khan and BBQ was fun though I could barely hear them because I was deaf from just having seen Danzig. 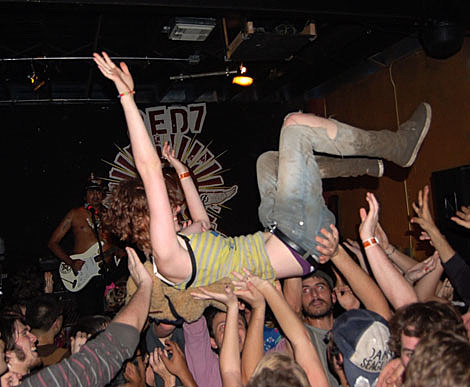 No word on whether King Khan & BBQ are actually in jail or whether they'll be at their show in Lawrence, KS tonight (11/13). Hopefully they're OK. Stay tuned. All dates below.

UPDATE (12:30pm): King Khan & BBQ definitely were in jail. They have been released, but their tour manager is still behind bars. The KS show is cancelled.

UPDATE (1:00pm): the KS show isn't completely cancelled! King Khan & BBQ just won't be there. Jessi Darlin says "we're still planning on playin' the craziest fuckin' show in hopes of lifting any KKBBQ fans spirits and keepin' this badass tour on the move. We are so proud to be playing with this band and just want to keep the tour rollin'."

UPDATE (7:00pm): Tour manager Kristin Klein has been released from jail and charged with driving with a suspended license and possession of a controlled substance, possibly mushrooms.

In related news, Deer Tick is releasing an iTunes Exclusive, four-song EP called "More Fuel For The Fire" on December 1st. The above free MP3 (which was also just released by the band) is not on it. The track list, cover art, and all tour dates, below... 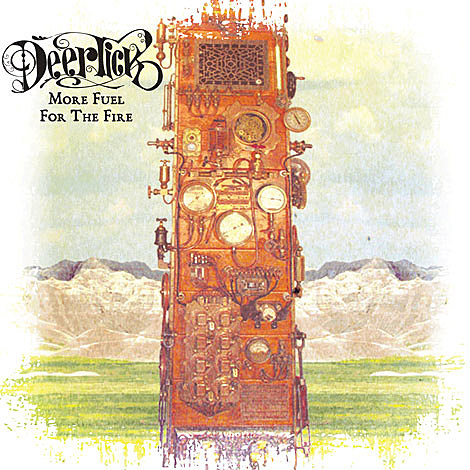