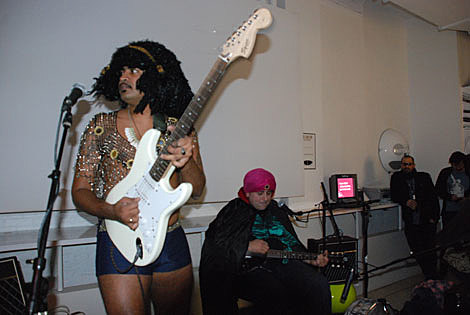 As previously discussed, the The King Khan & BBQ Show are back together and will tour their way around North America this month beginning with a show at Il Motore in Montreal tonight (4/9) and ending at Austin Psych Fest.

When the tour was first announced we didn't know who the opener would be, but now we know it's none other than their pal Bloodshot Bill. NYC: if you slept on getting tickets to the 4/13 Glasslands show, hurry up and grab your tix to 4/11 at Santos.