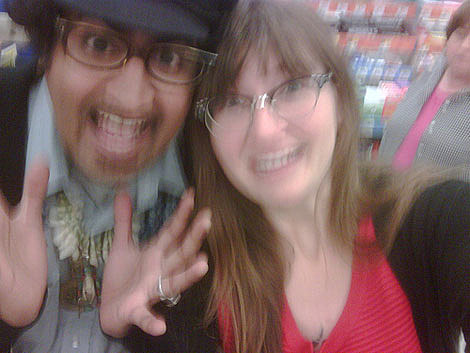 The band was stopped in the one just north of the Tennessee state line, about an hour northwest of Nashville on I-24.

Klein [was] in custody in the Christian County Kentucky jail, charged with driving with a suspended license and possession of a controlled substance. Her bond is $3,000. A sergeant at the jail had no information as to what Klein was allegedly caught with.

Neither the Christian County Jail nor the Kentucky State Police had any records of Arish Khan or Mark Sultan being arrested or charged with a crime. [Riverfront Times]

King Khan & BBQ, who were confirmed out of jail over six hours earlier, will not be performing in Kansas tonight (11/13), but Those Darlins will be. More dates and info on the arrest, HERE.