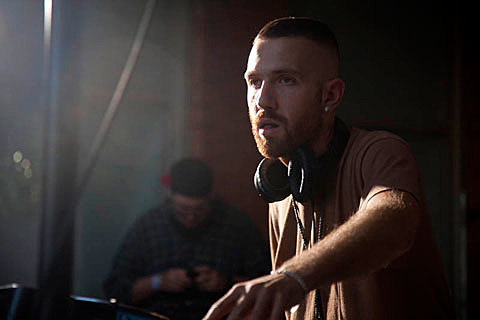 Speaking of Nguzunguzu, they played a show last month at New Museum with Kingdom, whose label their most recent EP was released on. Kingdom has shows coming up too including two in NYC. He plays a TURBOTAX hosted party on Friday, July 22 at The Cove with Distal, Shigeto, and others. On July 31 he plays a free RCRD LBL Rock-A-Way Summer party at Rockaway Beach with JEFF the Brotherhood and (the band named) Friends (RSVP required). Fliers for both NYC shows are below.

JEFF the Brotherood returns to NYC in August as part of their tour with Pentagram.

Kingdom recently revealed the track "Take Me" which will be released on July 26 via Fool's Gold as a single b/w "If You Buck." Naomi Allen of Electrik Red contributed vocals to the track. Listen to it at Pitchfork.

Friends, who are on the Rockaway Beach bill, recently made a video for their track "Friend Crush" off the 7" single that you can download/stream on their bandcamp. They also play NYC the night before the Rockaway Beach party on July 30 at Glasslands with Sonny & the Sunsets, The Sandwitches, and Carnivores. Tickets are still on sale. The show is the last of a Sonny & the Sunsets/The Sandwitches' tour which also hits Mercury Lounge the night before (7/29). Tickets for the Mercury show are still on sale too.

All tour dates, fliers & stuff below... 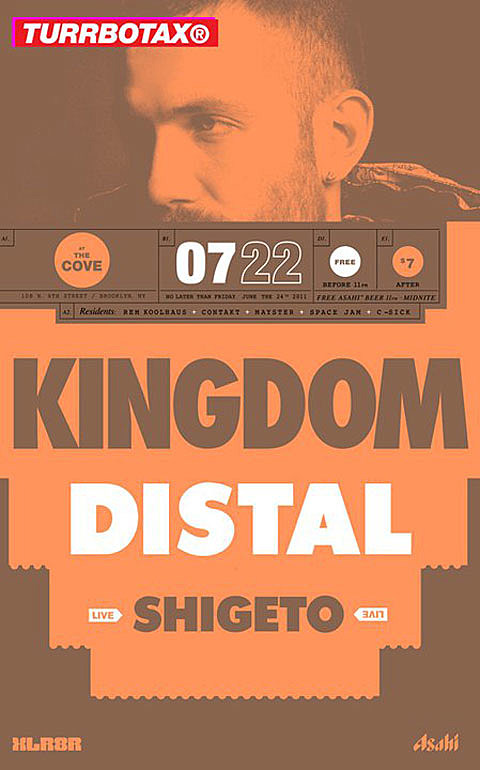 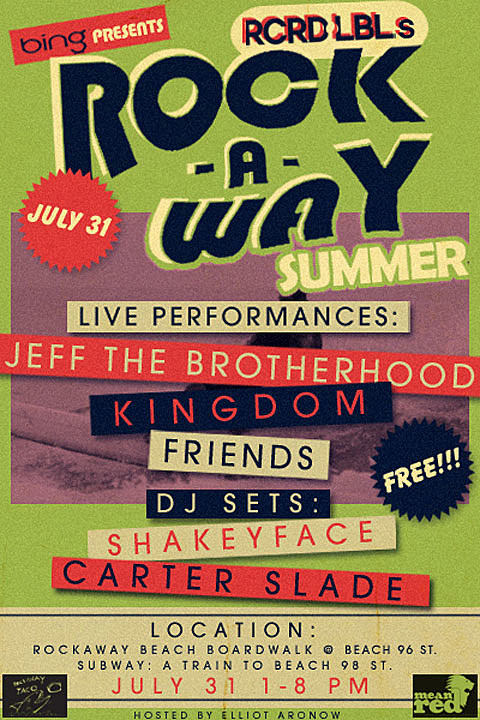