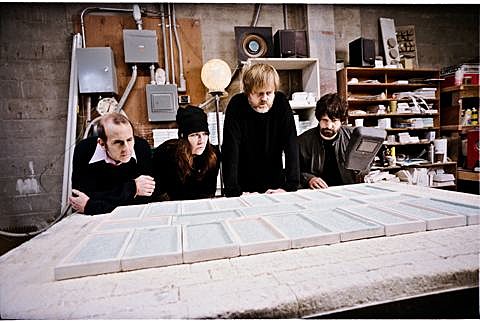 Long-running Seattle riff-n-drone combo Kinski just released their new Cosy Moments this week on Kill Rock Stars. You can stream a couple tracks from the album below. The band will hit the East Coast next week for a short tour that kicks off in NYC on April 11 at Cake Shop, which is a pretty great bill including Man Forever (aka Kid Millions new thing) and Swell Maps' Jowe Head. Near the end of their jaunt they'll be back in the area on April 19 at Death by Audio with Ancient Sky and Landing.

All Kinski tour dates are listed below.