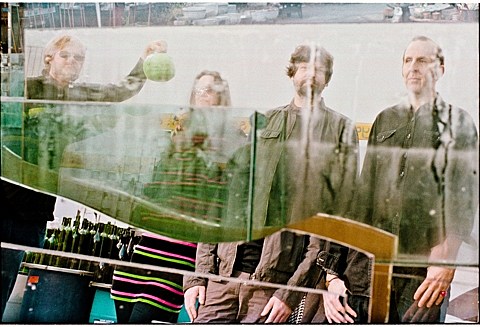 Kinski last released the Cosy Moments LP (their first for Kill Rock Stars after many years on Sub Pop) in 2013, and they're now set to put out something new this month. It's a split with their stoner metal Seattle neighbors Sandrider, and due out 2/17 via Good to Die Records (pre-order).

One of Kinski's contributions is the droning riffer "The Narcotic Comforts Of The Status Quo," which makes its premiere in this post. Listen to that, along with Sandrider's cover of Jane's Addiction's "Mountain Song" from the same split, below...

Kinski - "The Narcotic Comforts Of The Status Quo"