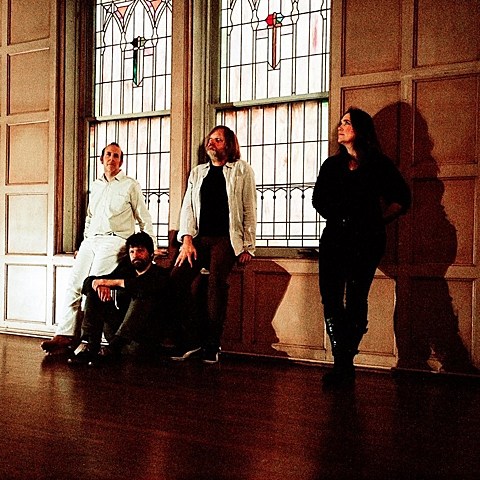 Long-running Seattle space-rockers Kinski recently released their grungy new album 7 (or 8) via Kill Rock Stars. They'll be heading out on tour in support of that album in October.

The tour has them stopping in NYC for a show at Cake shop on October 23, where they'll be joined by local staples Oneida and Thalia Zedek's new band E. Tickets for that show are on sale now.

For Kinski, the LP and tour follow a split they released with Sandrider earlier this year. For Oneida, this is a one-off, although their always-busy drummer Kid Millions recently released albums with supergroup Soldiers of Fortune and Liturgy/Zs drummer Greg Fox. For E (who also appear to sometimes go by "A Band Called E") this marks their NYC live debut. In addition to Thalia (of Come and other projects), the band also features fellow Massachusetts indie vets Jason Sanford (ex-Neptune) and Gavin McCarthy (ex-Karate).

All upcoming tour dates for Kinski, as well as a stream of their new album and a video of E playing in Cambridge earlier this year, below...