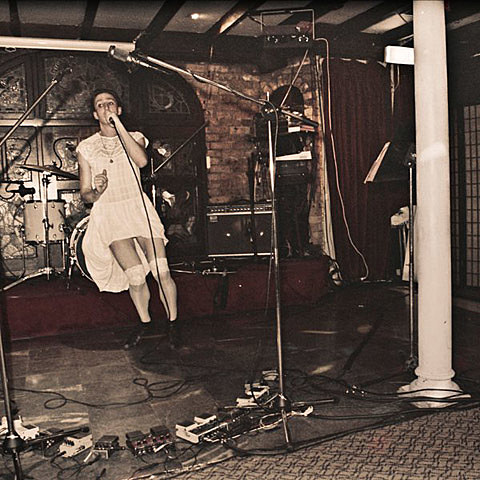 Australian guitarist Kirin J Callinan's gothic noise-ridden post-punk compositions bring to mind a less funky John Maus on recent output. Currently, shows for Callinan are few and far between save for a single US date and luckily for NYCers, CMJ is the destination. Look for Callinan to join on with LE1F, True and Regal Degal as part of the Terrible Records CMJ Party (Chris Taylor of Grizzly Bear's label) at Glasslands on 10/16. Tickets are on sale.

Kirin J Callinan's most recent release, the "Thighs"/"W II W" 7 inch hit via Terrible/Siberia Records earlier this year. Stream the former below alongside a video for the latter. Look for a new LP from Callinan in the near future, he recently told The Vine that thirteen songs have already been recorded for the release with with Kim Moyes (The Presets) signed on as producer.

Meanwhile, The Presets are on tour and will be in NYC soon too. Kirin songs and dates are listed below.