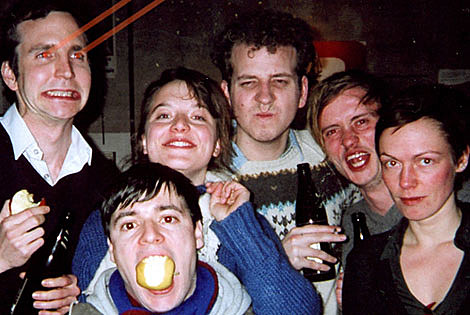 With all the quality shows between now and tuesday you'd think CMJ had already started and it's making it very hard to keep to my vow to take it easy before next week's onslaught. Here are a few that are making it especially difficult.

I only caught two songs by Danish trio Kirsten Ketsjer at this year's SXSW, purely by accident, but I was taken by their VU-meets-Television style guitar rock that can be both delicately beautiful and monsterously loud. But mostly beautiful. Drummer Anja Jacobsen sings while guitarists Andreas Führer and Anders Lauge Meldgaard spin webs around each other. Not sure why they haven't gotten more attention than they have -- last year's FFFFOO K TSSCCH! is a pretty magical album -- that may change after next week. They're playing at least once a day during CMJ and there are two shows this week (Thursday [10/16] at Lit, and Friday [10/17] at Dead Herring) if you want to catch them early. Do check them out. 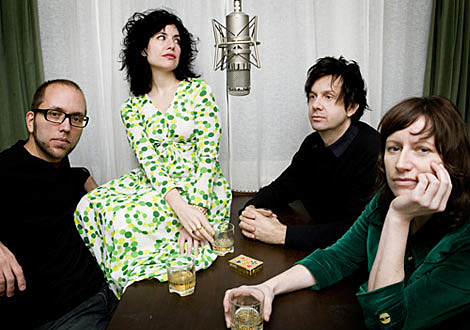 Elk City are playing a special show this Saturday (10/18) at Union Hall. The band, who've added former Luna guitarist Sean Eden to their lineup, agreed to be the entertainment at a friend's wedding which meant they had to learn a whole slew of cover songs and the Union Hall show is a dress rehearsal of sorts for the big day. Expect more along the lines of Bowie, Nina Simone, and Carol King than "The Chicken Dance," "The Electric Slide" or the dreaded "Butterfly Kisses." The show will be interspersed with Elk City material too, including some of the songs in contention for their new album. Opening are Boy Genius who put on a nice show Tuesday opening for Bearsuit. 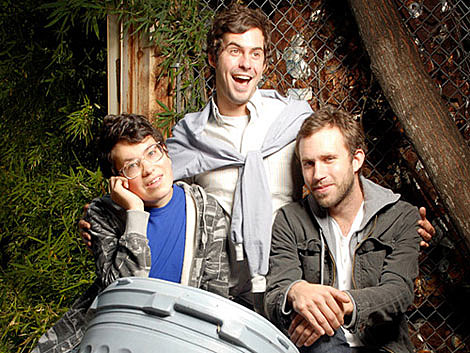 If you're willing to go out on a Sunday (10/19) you can see a lot of CMJ buzz bands before the fest actually starts. And actually, at Mercury Lounge are Austin's White Denim (tickets), who are skipping CMJ entirely in favor of a European tour. Their U.S. debut, Exposion, is out November 11 and is a slightly different version of their acclaimed UK release, Workout Holiday, which was released earlier this year. It defies easy description: there's some noodling guitars a la the Minutemen; bluesy passages like some other White bands; shouty indie rock and blissful psychedelia. I dig it. White Denim also play Union Hall the next night (10/20) (tickets).

Playing with them at Mercury Lounge are Amazing Baby who I've written about more than once both here and over at my own blog. They've been playing pretty regularly over the summer and are a pretty tight machine these days, so they should be ready for CMJ and their upcoming tour with MGMT and Violens. If you haven't heard them yet, you can download their Infinite Fucking Cross EP for free. 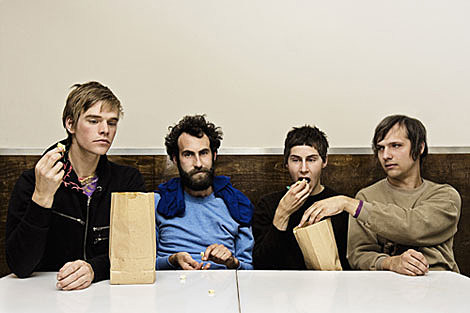 Meanwhile, around the corner at Cake Shop, Friction NYC have put together a pretty unmissable lineup as well: The noise-drenched pure pop of The Pains of Being Pure at Heart who are fresh off a tour of Sweden; reverb-loving Canadians, Women;, who are certainly one of CMJ's most buzzed-about bands; Jackson Heights' only garage rock band*, The Beets (*fact completely uncomfirmed by me); and the organ styling of another Canadian, Katie Stelmanis.

Both Women and The Muslims are playing BrooklynVegan parties during CMJ. The Muslims are on the Thursday October 23rd one. Women are on the unannounced Saturday October 25th one. If you count the pre-CMJ Cake Shop show, that raises Women's total NYC show count to 10. Don't be surprised if more NYC shows pop up on both of their schedules.

All tour dates and videos for all bands in this post, below...

The Pains of Being Pure at Heart @ Debaser, Stockholm Sept. 2008