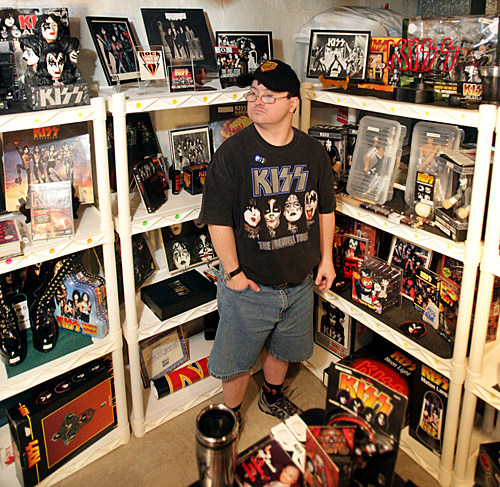 "As far as I can tell, Ace Frehley and Peter Criss are fucked-up alcoholic junkie guys. So I don't think Gene Simmons and Paul Stanley should let those two fuck-ups ruin them. Why should they? Okay, they chose to be alcoholics and fuck-ups, now in doing that they have to face the consequences. Gene Simmons didn't do it, why should he face the consequences? That's what I think!"
- King Buzzo, to the Missoula Independent

Keeping up with the zeitgeist as always, KISS have been in the news a lot lately. We already told you that they're currently touring with Def Leppard in support of our military, but so much else is happening in the world of KISS that it warrants further discussion.

Second of all, we'd like to remind you of the existence of 4th annual KISS Kruise which sets sail on Halloween and runs through November 4th and also involves Cheap Trick and, oddly enough, Purson, among some other acts. This places them in the rarefied air of artists like Weezer and Flogging Molly who have their own sea-bound carnivals. Full lineup below.

Immediately upon returning to land, the band will set up shop in the desert for the most appropriate Vegas Residency in the history of Vegas Residencies. KISS Rocks Vegas will run from November 5-23 at The Joint at the Hard Rock Hotel and Casino. "What happens in Vegas will not stay in Vegas, not if we have anything to do with it," says Gene Simmons, with some trenchant commentary on the digital age. Tickets go on sale Friday (7/18) at 10 AM. 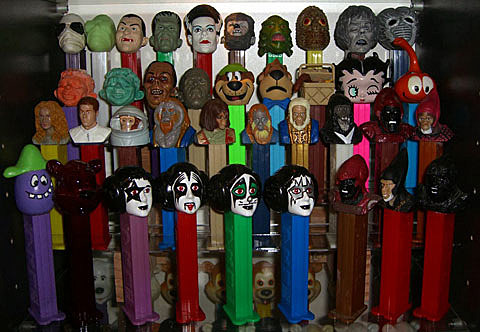 Meanwhile, avowed KISS fan King Buzzo of the Melvins, who has been touring in support of his recent solo release, has, as you can see above, gotten involved in the discussion about KISS's new, Frehley and Criss-less lineup, which is apparently controversial in some circles. After receiving some hatred from Kiss fans who were upset about his "junkie" comments, Buzz was none too pleased, and retorted via his Vice-published tour diary. "So, for the record, you Kiss fan fuckheads who are giving ME shit for saying as it turns out, the exact same thing as Gene can KISS my ass!" There are a number of similarly wonderful quotes in both Buzzo articles, so I'd recommend reading them in full.

And in a final bit of musicians-talking-about-KISS-in-Vice-news, White Lung's Mish Way has apparently turned into Chuck Klosterman and is now writing about how great it is to get stoned at a KISS concert and the relative differences between rock decades. The 21st century, man.

White Lung are touring in July and September.

Buzz was just in NYC for two shows. We caught the 2nd one which was at The Wick.

Below check out the Melvins classic cover of "Goin' Blind," so you can understand where King Buzzo is coming from. Kiss dates and Kruise lineup are down there too.

KISS at Jones Beach in 2010 (more by Matthew Eisman) 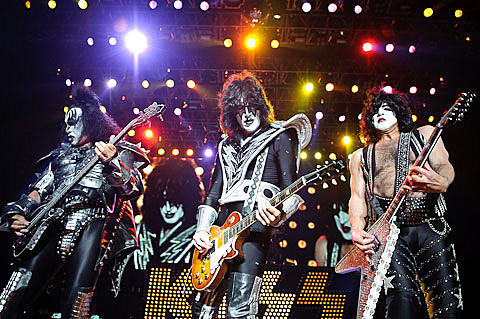