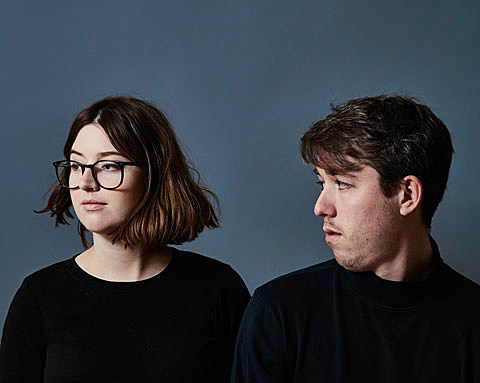 We posted recently about Matt Kivel who has a new solo album on the way via Woodsist. His brother and sometimes Princeton bandmate Jesse has a new record out this week with his band Kisses (a duo with his now wife Zinzi Edmundson). Where Kisses' first two albums (including 2013's underrated Kids in LA) were inspired by John Hughes-era '80s synthpop, on Rest in Paradise, they worked with Andrew Raposo's band Midnight Magic, recording mostly live. It's a much different feel, with Raposo's fluid, pulsing bass sending things in a decidedly disco direction. Says Zinzi:

It wasn't until listening back to the first round of tracks -- to "A Groove" in particular -- that we decided injecting more of that disco energy would make a more balanced and exciting record. Around the same time, Jesse started DJing out Rod Stewart's "Do Ya Think I'm Sexy?" quite a bit. Tom Dowd's production on that track became a fixation and inspiration, in addition to Paul McCartney tunes "Don't Say Goodnight Tonight" and "Silly Love Songs." Those obligatory dance tracks put out by classic rock songwriters at the height of the disco era are mutually inspiring -- dance music that isn't just for the beat and groove, but also structurally and lyrically complex; songwriters who move into the dance realm and do a good job of striking this balance.

While Rest in Paradise's warm, string-laden production does have much in common with late-'70s chart hits, there are also nods to Talking Heads' Eno albums (disco classics too, but a few blocks south of Studio 54) and Kivel's smooth, somewhat detached singing style keeps things cool. The album is out Friday (10/9) via Hit City USA but a stream of the whole thing premieres in this post. Listen below.