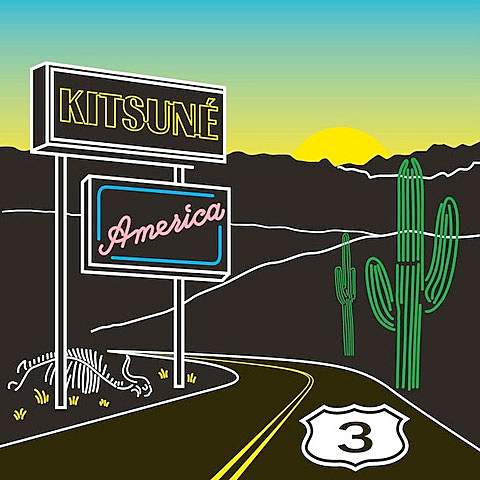 Kitsuné has been been putting out compilations since 2002 with a wide range of international dancepop artists. Recently they began doing Kitsuné AMERICA comps as well, and the third of those will be out June 3 featuring new cuts from Brenmar, Kelela, Lawrence Rothman, Son Lux, Jerome LOL, Heartsrevolution and more. We've got the premiere of Kitsuné AMERCIA 3's ethereal closing track, "Speak" by Seattle duo NAVVI. You can stream it below.

For those in Los Angeles and at Coachella, Maison Kitsuné has taken over the iconic Roosevelt Hotel with a pop-up store that's open through April 21. Additionaly, Kitsuné has events this weekend at clubs on Hollywood Blvd. Jupiter, Prince Language and Kindness play the Kitsuné Club Night @ Teddy's on Friday (4/18) and then there's a Kitsuné Pool Party @ Tropicana Pool on Sunday afternoon with a DJ set from Kilo Kish, a performance by Eli & Fur and another "Very Special Guest." You can RSVP for those.

Meanwhile, Lawrence Rothman will open for Little Dragon on ten dates of their North American tour, including both shows at NYC's Terminal 5 on June 20 & 21. Tickets for 6/20 are sold out, but you can still get tickets for the 6/21 show. Rothman will be doing something a little different with these shows. From the press release:

In keeping with his haunting psyche and series of thought provoking, Floria Sigismondi-directed videos, Lawrence will supplement his musical offerings with an embodiment of a wholly different character each night.

Rothman, by the way, is Sigismondi's husband and used to front The Living Things. I caught one of his SXSW shows and I don't know if he was doing a character that night but the name that crossed my mind was "Rick Astley," a vastly different show than the one I saw at Glasslands last year. (In both cases, he's got a powerful set of pipes and puts a lot of effort into his performance.) So if you're at one of the Little Dragon shows and wondering what the hell is going on with the opener, now you know.

All Lawrence Rothman dates are listed, along with the NAVVI stream and Kitsuné AMERICA 3 tracklist and pop-up store flyer, below... 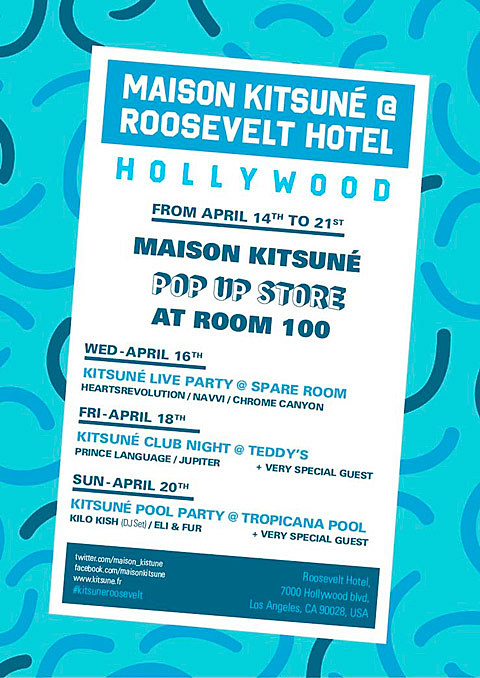