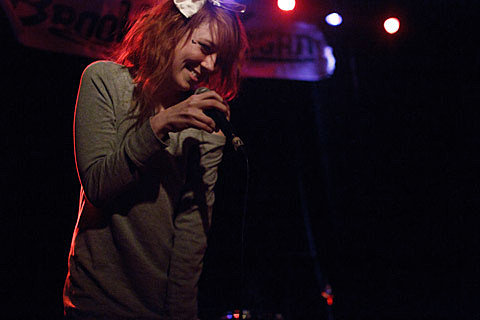 If you noticed back in September that Kitty Pryde made a facebook status saying, "just finished my christmas song for sufjan stevens....................(:" and you were like, "WTF does that sound like?!" now you can find out! Sufjan's free Christmas rap mixtape, Chopped and Scrooged (yeah, we did just say "Sufjan's free Christmas rap mixtape"), is out now and can be downloaded above or streamed below. Other contributors to the album include the now-defunct Das Racist, Busdriver, Nicky Da B, Son Lux, John Dietrich (of Deerhoof), Fol Chen, and more.

This release is in addition to Sufjan's massive Christmas box set which is out now. And as mentioned he brings his Christmas tour to NYC on December 21 and 22 at Bowery Ballroom. Tickets for both shows go on sale Wednesday, December 19 at noon.