"@kittaveli that new song u made is fucking awesome. thats like, really cool. i really like it" - Grimes 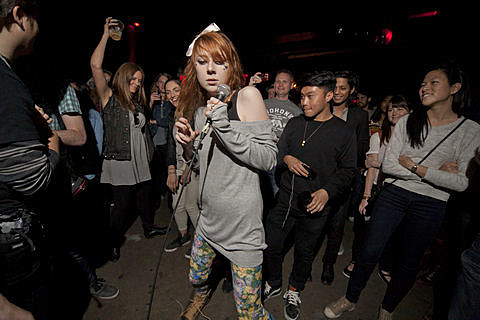 Kitty Pryde plans to release her followup to the haha im sorry EP this month with her new EP, D.A.I.S.Y. rage and she just revealed a teaser video for the EP which features the new song, "Dead Island." The video was directed/produced by Steamclam and you can watch it below. She's also been tweeting that her new mixtape will drop soon on Cocaine Blunts and she'll appear on the new Le1f mixtape, Fly Zone, which is due out on January 13.

Kitty Pryde has some upcoming appearances in NYC scheduled, including Lil B's panel discussion at 285 Kent on January 17, where she'll appear along with Travis Egedy aka Pictureplane, Alexandra Gamlin (Afro-Punk), and Russ Marshalek and Sophie Wiener (of Silent Drape Runners). Plus there will be Lil B-themed DJ sets by Pictureplane and Prince Rama.

A couple weeks after that, she'll return to 285 Kent for a live show on February 7 with Nina Sky (who you probably know best from their 2004 single, "Move Ya Body" and who released the free mixtape, Nicole & Natalie last year) and Chippy Nonstop. Tickets for that show are on sale now. She doesn't appear to have any other dates scheduled at the moment.