"i feel like people are going to overthink my song about bedwetting when it comes out. nope, it's not a metaphor. i'm literally a bedwetter." - Kitty Pryde 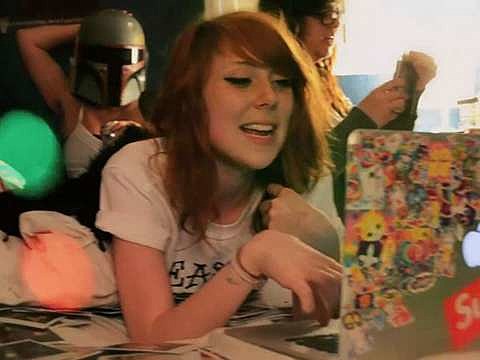 Tumblr rap princess Kitty Pryde, who also maintains a pretty entertaining twitter (see above) is going on a tour next month. In Kitty's own words, she'll play NYC on August 22 at Santos Party House "aka where lil b did his first nyc show" and on August 16 she'll be "cold chillin in nyc but not playing a show." She also plays a Long Island show at Vibe Lounge on August 25. Tickets for the Santos show go on sale Wednesday (7/25) at 10 AM. A rough sketch of all upcoming dates is below.

If you missed it, Pitchfork (who extensively reviewed her NYC debut) gave her haha i'm sorry EP a 6.0 but on Kitty's tumblr she clarifies, "dont listen 2 pitchfork im a 10 shawwwty!!!" I wonder what Billy Corgan would have to say about this.

A list of all dates and the haha i'm sorry EP stream below...