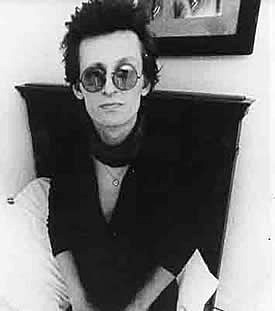 the great Klaus Dinger has died, aged 61. The German drummer was best known as half of Neu! alongside Michael Rother.

Dinger was a provocative and inspirational figure in the German music scene of the 1970s. He first surfaced, briefly, as drummer in a very early line-up of Kraftwerk, before he and Rother (another fleeting Kraftwerk member) broke off to form Neu!

Neu! went on to record three extraordinary albums that epitomised the motorik strain of Krautrock, thanks to Dinger's pattering, insistent drums. He also began to contribute wild and vivid vocals, so that tracks like "Hero" and "After Eight" from Neu! 75 were an acknowledged influence on an impressionable John Lydon. [UNCUT]

What is motorik? Wikipedia knows. Videos below...