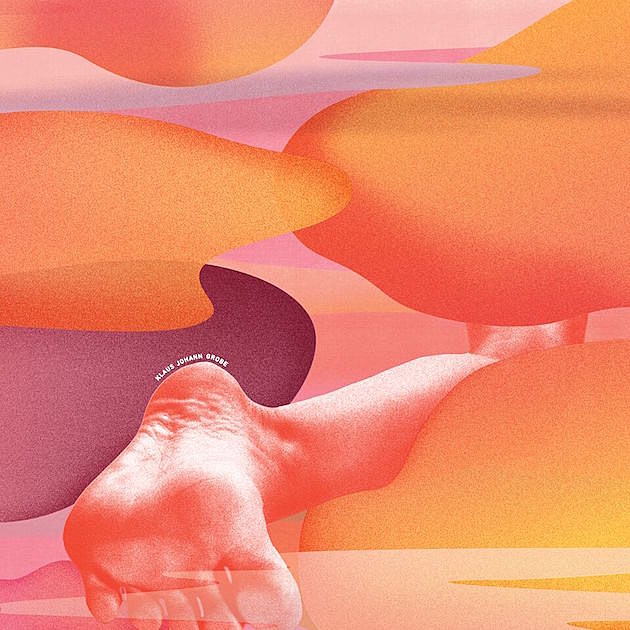 Swiss duo Klaus Johann Grobe's new album Spagat Der Liebe is out this Friday (5/6) via Trouble in Mind. Don't let song titles like "Geschichten aus erster Hand," "Springen wie damals" and "Liebe am Strand" scare you -- they may sing in German but Klaus Johann Grobe speak the international language of groovy. The basslines this band lay down are consistently awesome, with precision rhythms that propel things along, and lithely funky keyboards. I jokingly called their sound "tropikrautia" which I think is about as good a made-up one word way to describe what they do as I can think of. The new album dips into disco ("Rosen des Abschieds"), and features the closest they've ever come to a pop song ("Ohne Mich"), plus more than a few of their patented motorik zoomers. My favorite song in the LP is probably the flute-crazy "Liebe am Strand" but the whole thing is terrific. You can stream the whole thing via Impose (and check out 2014's Im Sinne der Zeit), below.

Klaus Johann Grobe are currently on their first-ever U.S. tour, and will be in NYC for two BrooklynVegan presented shows: May 11 at Cake Shop and May 12 at Shea Stadium with Grooms and Operator. Tickets are on sale and if you'd like to go for free, we're giving away a pair of tickets to both shows. Details below.

The band will be back in July, joining Unknown Mortal Orchestra for part of their summer tour (no NYC date). All dates are listed below.