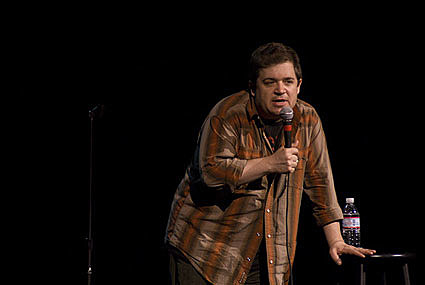 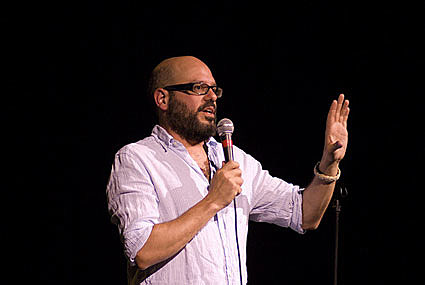 Right off the bat, I want to bring something to your attention that's been making it's way around the internet recently. Back in June, comedian Patton Oswalt delivered a graduation speech at his old high school. Anyone familiar with Patton's comedy, his blogs, and his interests in life will realize rather quickly that, in addition to being one of the funniest people alive, Patton is a sharp, thoughtful individual. Anyhow, read the damn speech.

Another one of my favorite comedians is putting out an album. LA-based comedian Doug Benson will unleash his debut CD DOUG BENSON: PROFESSIONAL HUMOREDIAN on July 15th via AST Records.

Whether you know him from VH1's "Best Week Ever," NBC's "Last Comic Standing" or his documentary "Super High Me," chances are Doug Benson has made you laugh before. Now he will make you laugh again, repeatedly, with his first full-length solo comedy album, "Doug Benson: Professional Humoredian." Recorded live at the world-famous Hollywood Improv, "Professional Humoredian" catches Doug at his loosest, silliest and most hilarious. Playing to a rowdy sold-out house on 4/20, Doug tears through his set with wild abandon, delivering material on such wide-ranging topics as movies, politics, relationships, anti-drug campaigns and the miracle of modern science known as McGriddles. A perennial favorite among comedy aficionados, Doug placed sixth on Season Five of "Last Comic Standing" and was named "Stoner of the Year" by High Times Magazine in 2006. Patton Oswalt calls him "prolific ... a resin-scented miracle." One listen and you'll understand why Doug has won such acclaim: witty, charming, relentless and irrepressible, Doug Benson is a Professional Humoredian.

This CD is only 10 bucks and will be worth every penny. If you aren't familiar with Doug, I HIGHLY suggest attending The Doug Benson Interruption on August 7th at 9:30pm at the UCB Theater. The Interruption is for me the funnest, loosest comedy event on the planet. These shows ALWAYS sell out and feature line-ups so majestic and stupefying that many comedy fans fall to their knees and weep. Maybe you'll be able to buy the CD at the show.

As I write this, tickets are still available for all three Ricky Gervais shows happening at the WaMu Theater at MSG on July 14, 15, and 16. And I couldn't be more excited that Todd Barry will be the opener for the 15th and 16th shows. Todd had no problem winning over the sold out crowds at the Flight of the Conchords shows at Town Hall in May so I look forward to his domination of WaMu.

Speaking of Todd Barry, he and several other comedians were part of Sub Pop's 20th Anniversary Festival. The comedy portion of the Festival took place on Friday, July 11th The Moore Theatre and featured David Cross, Patton Oswalt, Kristen Schaal, and Eugene Mirman. I so with I was there. That's where the pictures in this post came from. 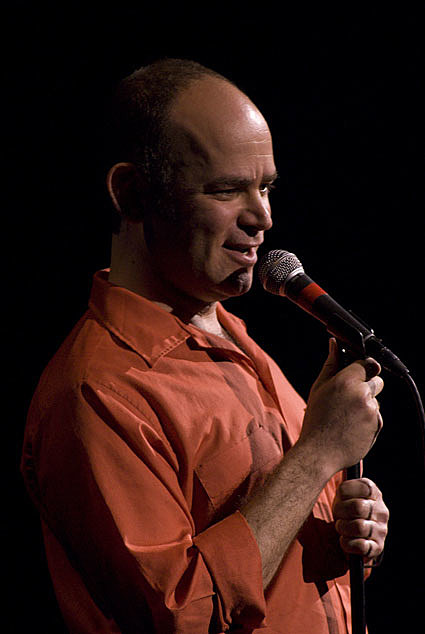 Speaking of anniversaries, Bust Magazine is celebrating its 15th Anniversary with a massive show at the Salon Perdu at Spiegelworld on August 12th. I've recently become enchanted/obsessed with the TV show Strangers with Candy and think Amy Sedaris (and everyone else on the show for that matter) is brilliant. Amy is hosting this anniversary shin-dig which features comedy (host Sedaris, Murray Hill), music (Morningwood, Free Blood, Leslie Hall and DJ sets by JD Samson), and burlesque (World Famous *BOB* and The Pontani Sisters). Tickets are $25

I am completely nuts about the Drunk History videos. The latest installment features LA-based comedian and Klaus favorite Jen Kirkman in the story-teller seat. Watch the video below and definitely consider picking up her CD

Also, this made me laugh really hard.

Bob Saget will be the next victim in the Comedy Central Roast Series and who better to be the Toastmaster than Uncle Jesse. Have mercy:

July 15 : Here's The Thing Presents EXTRAVAGONZO : SoundFix : 8:00pm : Fresh off a one-show winning streak, the men of Here's The Thing (Sean O'Connor, Nick Maritato & Andrew Wright) look to throw up another W tonight. This is what it's all about, sports analogy fans! Also on the bill are Roger Hailes and Pete Holmes.

Am I missing something? Probably. Send me an email 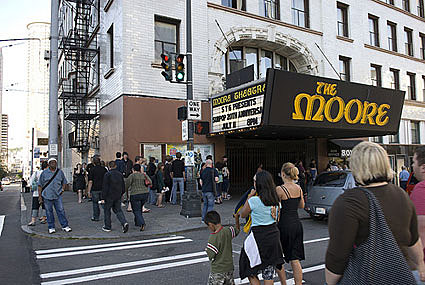 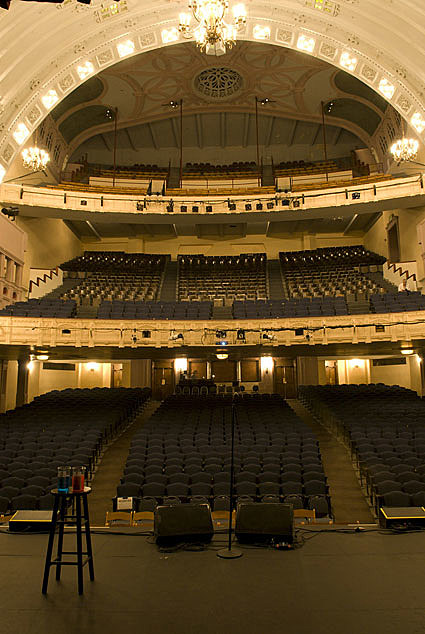 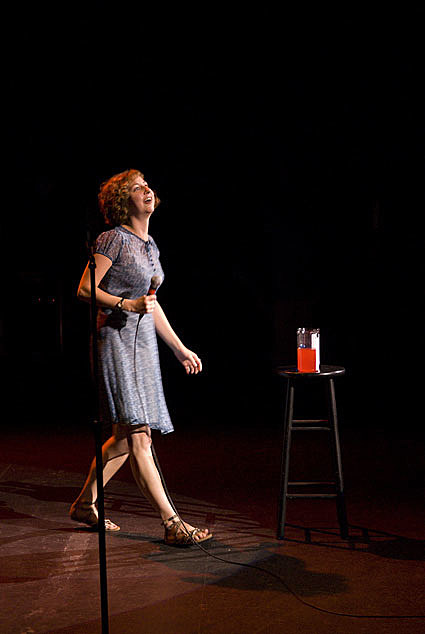 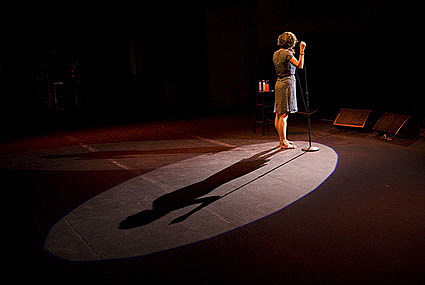 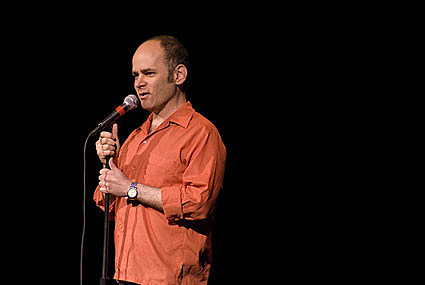 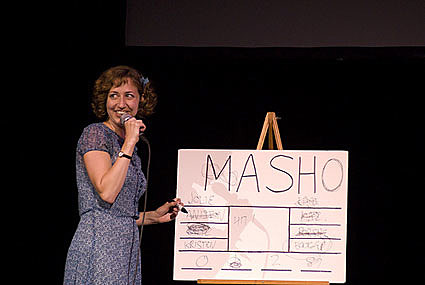 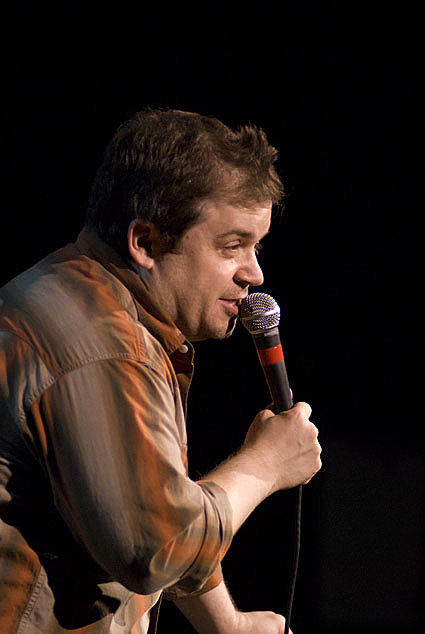 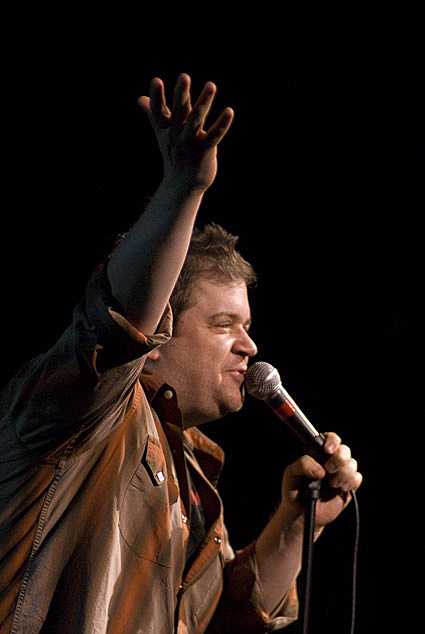 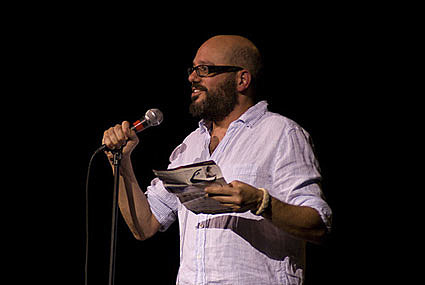 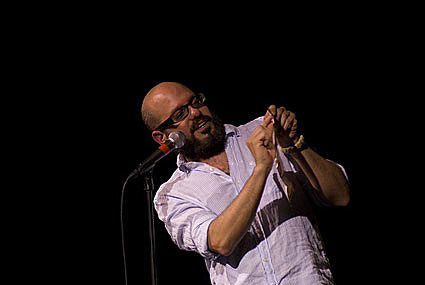 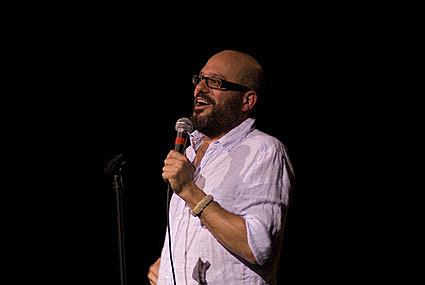 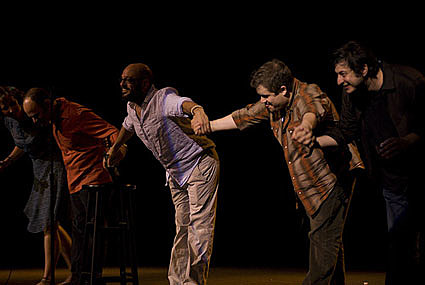