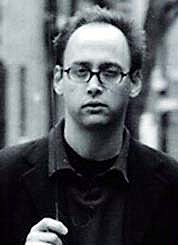 The more I read the reviews and the more I rewatch the trailer, the more I'm beginning to think that former Statesmen David Wain and Ken Marino might have created a classic with their upcoming film THE TEN. The film is basically 10 short films about each of the ten commandments. Many film twats are quick to remark that this concept has been done already in Krzysztof Kieslowski's supreme masterpiece Dekalog, but being that this film is from the geniuses that brought you The State and Wet Hot American Summer, I can assure you that the approach in this film will be much different, and much, much, much, MUCH funnier.

The film will have its nationwide release on August 3rd with some festival dates (including a July 21 Hamptons Film Festival screening), but New Yorkers will have a chance to attend a big "An Evening of Comedy & Music Celebrating the Release of The Ten" in New York on August 2nd at the Blender Theater at Gramercy. The shinding will be hosted by director David Wain, and will feature Michael Ian Black, Michael Showalter, Craig Wedren (a longtime State collaborator), Mr. Blue, Rashida Jones and Peter Salett (who is also playing The Living Room on July 18). Tickets to the event go on sale TODAY AT NOON.

Which reminds me, Michael Showalter's CD-taping shows at Union Hall are already sold out. More comedy shows that hopefully aren't sold out by the time you read this, BELOW....

6/29/07 8:00pm, UCB THEATER: God's Pottery Saves The World!: As previously mentioned, folk rockers Gideon Lamb and Jeremiah Smallchild take on global issues like adoption, drug addiction, and Africa in an effort to save all mankind. Be there or be spending eternity in hell

7/6/07 8:00pm, UCB THEATER: God's Pottery Saves The World!: The second of three UCB Theater shows, folk rockers Gideon Lamb and Jeremiah Smallchild take on global issues like adoption, drug addiction, and Africa in an effort to save all mankind. Be there or be spending eternity in hell

Check out the UCB Theater website as well as the Pit website for even more listings of events. Also read my last canon if you haven't already.