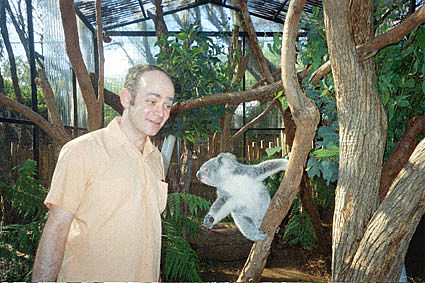 Todd Barry is easily one of the greatest comedians in existence. Period. On November 1, 2007 at Union Hall Todd celebrates his 20th year in comedy on the exact date he first went on stage. Also on the bill are David Cross, Sarah Vowell, Michael Showalter, Heather Lawless, Slovin and Allen, and some surprises. Or maybe just one surprise. Probably more than one. There are a hand full of tickets left online and a few will be available at the door so buy now or get to the venue EARLY (doors are at 7:30pm). All proceeds go to benefit the Leukemia and Lymphoma Society. 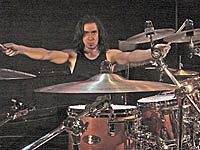 While others were bouncing from JENS Lekman to Danzig on Saturday night, I was bouncing from (Fred Armisen's) JENS Hannemann show at Sound Fix to Comedians of Comedy at Irving Plaza. Jens came out at around 8:00pm to a comfortably crowded room . His stage was flanked with two drum kits and he began with a drum solo that was a pitch perfect caricature of every instructional drum video solo I've ever seen. From there he spoke for a short time and challenged anyone who was willing, to a drum-off. Shortly after that, the wig came off and Fred was Fred which is what I hoped would eventually happen; it isn't often that Fred Armisen does an appearance like this. He covered topics such as SNL (2 years left on his contract), Trenchmouth (don't expect a reunion EVER), and TV he likes (I couldn't agree more). He even played some melodies on the piano. He was extremely funny, gracious, and a real joy to hear talk.

From Sound Fix, I hopped on the L-Train to check out the second of two Comedians of Comedy shows at Irving Plaza. Comedians of Comedy is the one show I look forward to more than any other on the planet. And with the fear in the back of my head that this might be the last CoC tour, I enjoyed this show with maximum relish. It was one of those shows that made me feel so lucky to live in NYC as we were treated to easily the best line-up of the entire tour. The line-up included Patton Oswalt, Brian Posehn, Maria Bamford, Eugene Mirman, David Cross, Aziz Ansari, John Mulaney, Jon Glaser and Jon Benjamin, and Heather Lawless. From start to finish, the show was absolutely rock-solid. Even when some douche-nozzle had the balls to heckle Maria Bamford, the show never lost its momentum. As a matter of fact, that heckler probably added to the show's velocity as the subsequent comedians worked destroying said heckler into their routines. Every single comedian commanded the room, but I have to say the highlight of the show was John Mulaney. Sure, I've seen all of his material before, but he is such an amazing performer that his bits are always funny to me. Come to think of it, if there's one comedian out there who needs to make a CD ASAP, it's Mulaney. Sadly, no Zach Galifianakis this time around.

10/29 - Rififi: TOTALLY JK with Joe and Noah!: Featuring Greg Johnson, Gabe & Jenny, and Max Silvestri, the highlight of this show, really, is Brett Gelman's performance of his opus 1000 Cats. You have to see this. I am not kidding

10/31 - Union Hall: UNION HALL-O-WEEN: I can't believe I am going to miss this. Spend Halloween with the cast of Lucy, Daughter of the Devil, Cheeseburger, Cassettes Won't Listen, and more., Only $5 to get in! Thanks Onion!