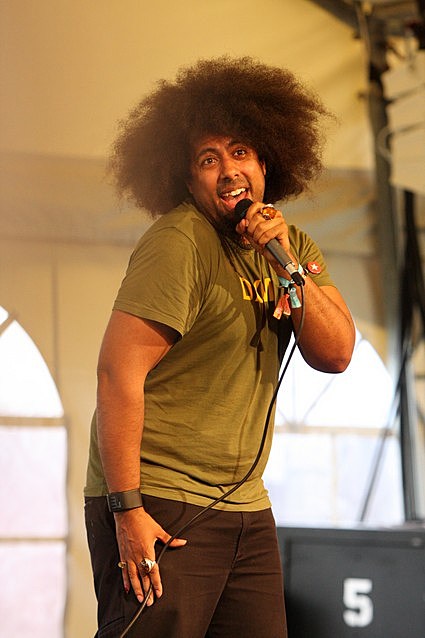 The geniuses from Yacht Rock are making another NYC appearance this Saturday, May 31st at the recently vindicated Union Hall for a night of videos (the entire series, mind you), personal appearances, and smooth drinks. Tickets are still on sale but they're Sailing Away, Minute By Minute, but I'm Alright. even though it could TOTOly sell out.

You may recall that British Comedian Ricky Gervais has a handful of upcoming US dates including THREE at the WAMU Theater in July (and even some warm-up dates in LA just prior. I saw him last year and had a blast. Tickets for these shows are still on sale AND we've got some tickets to giveaway at the end of the post.

Flight of the Conchords @ Sasquatch 2008 (more by Chris Graham) 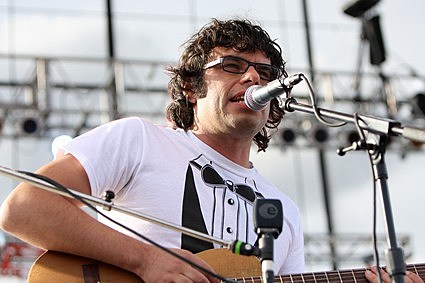 Flight of the Conchords play one more show before their U.S. tour comes to an end, but they will be around (Seattle anyway) in July. 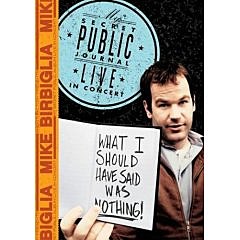 Back in April, Mike Birbiglia put out a DVD of his recent Comedy Central special What I should Have Said Was Nothing and the thing is just brilliant. It isn't very often that I find myself able to sit through a comedy special several times before I get sick of the jokes, but this performance is nothing short of perfection. Like songs, I often get the jokes and stories from this performance stuck in my head on auto-loop. As a result, I find myself going back to the DVD to relive those moments. I think the thing that draws me and thousands of other people to Mike's brand of stand-up is that it's clean and very much rooted in the art of the monologue. Wonderful, sprawling stories about day to day life that a lot of us can relate to, but without all the corny, easy, half-wit insight that many comedians die from. It's such a shame his pilot wasn't picked up.

You know what else came out recently? The Upright Citizens Brigade - ASSSSCAT! DVD. The DVD features an insanely strong cast of characters including Amy Poehler, Matt Walsh, Ian Roberts, and Matt Besser, with guest appearances by ASSSSCAT! all-stars like Horatio Sanz, Will Arnett, Chad Carter, Sean Conroy, Andrew Daly, Ed Helms, Jen Kirkman, Tom Lennon, Kate Walsh, and Paul F. Tomkins. In terms of long form improv, this DVD is a pretty monumental release. I have copies of this AND the Birbigs DVD to giveaway. And another super special giveaway too! Yup

In sad, but not all that surprising news, Superdeluxe has died. Superdeluxe had some GREAT original content from people like Dave Hill, Eugene Mirman, Kurt Braunohler & Kristen Schaal, Hard n Phirm, Jonah Ray, Doug Benson, Brody Stevens, and SCADS more truly inventive and hilarious people. But apparently it just wasn't economically feasible to keep it running. According to Paul Condolora

Our management of the Turner Animation, Young Adults & Kids brands requires us to always look for efficient, strategic ways to grow them. In Super Deluxe.com and Adult Swim.com, we have businesses whose potential for individual growth is limited by their increasingly complementary content. Rather than position them as competitors for the same audience, the smarter move is to consolidate the two brands to create a richer, stronger platform that builds on Adult Swim's number-one position with young adults.

So it looks like the existing content will be absorbed into the wonderful Adult Swim website. Which is good news because amidst the volumes of SD's content there are several classic videos there that are some of the funniest on the web (Penelope, Space Talk, The Comedy Death Ray Stuff....).

I am not a fan of Last Comic Standing, but I happened to surf into it the other day just as NYC favorites God's Pottery were auditioning. And they made it to Vegas. Glint! Congrats fellas! 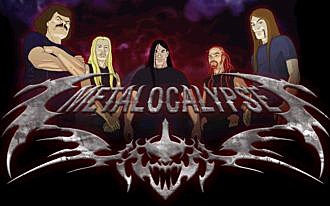 Death metal powerhouse Dethklok is on tour and they'll be at the Nokia Theater on 6/25. Season THREE of their ridiculously funny show Metalocalypse premiers Sunday June 1st on Adult Swim. Complete tour dates below.

Also premiering Sunday June 1st on Adult Swim is the next season of The Venture Brothers. I don't think I've ever so eagerly, nerdily, and impatiently awaited a TV program's return in all my life. It's gonna be great.

Have you seen the trailer for the new Zach Galifianakis film Visioneers yet? Zach plays a guy named George Washington Winsterhammerman. People around him begin to literally explode from stress. He tries to ignore this phenomenon, but then he exhibits his first pre-explosion symptom. It looks really great, but the trailer definitely tells me this film has a pretty emotional side to it.

Reggie Watts (seen above and below at his Sasquatch appearance in Washington this past Memorial Day weekend) is playing some shows on the F Yeah Tour with Matt & Kim and others.

You can also catch Reggie Watts with John Mulaney at Joe's Pub in NYC TONIGHT (May 29).

A pretty interesting looking Chris Farley biography came out earlier this month. I don't have it yet. Want it. Will definitely pick it up. It's called The Chris Farley Show: A Biography in Three Acts. The book consists mainly of interviews with childhood friends, adult friends, castmates, writers, teachers, and family. The official website has loads of excerpts and 'deleted scenes'. Definitely worth a look.

Morgan Murphy, Eugene Mirman and others recently played the Sasquatch Festival. According to the Idaho Statesman,

The line to the comedy tent, which deterred lots of folks from going, was long all day. In fact, the crowd I was with didn't hear anything there until day two. 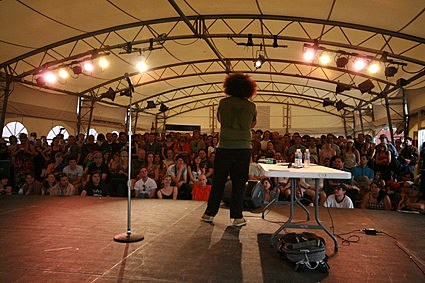 all Sasquatch photos by Chris Graham