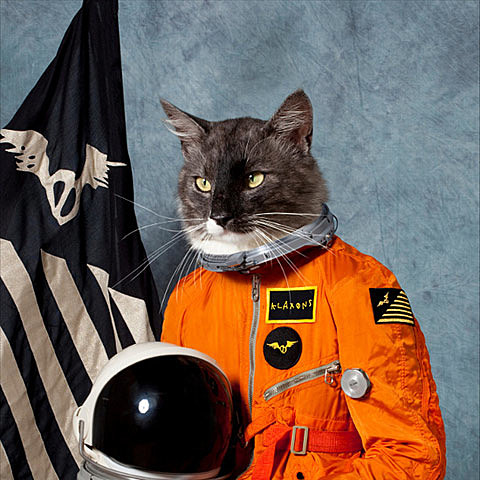 Remember the Klaxons? Three years after winning the Mercury Prize, they're back with Album #2 and are playing some American dates this fall, including two stops in New York: Bowery Ballroom on September 20 and Music Hall of Williamsburg on September 22. Both shows go on sale Friday (7/16) at noon, as does a September 19th show at Maxwell's. Oregon's Baby Monster open the shows. All currently known dates on that trek below (with more still TBA).

Klaxons new album, Surfing the Void, will be out August 23 in the UK and yes that is the album art above. Ridiculous but kind of awesome too, which also is a good descriptor of the band themselves. (Mind you, this post is written by a guy who picked their track "Golden Skans" as Best Single of 2007.)  The new album was produced by Ross Robinson, best known for being behind the board for hard rock acts like Korn and Limp Bizkit and Sepultura. (But also At the Drive In, Blood Brothers and The Cure.) It's another odd choice for a band that has almost willfully defied pigeonholing -- despite coining the regrettable "nu-rave" tag in an interview -- since day one. Their debut, Myths of the Near Future, remains one of the weirdest Mercury Prize winners ever.

The new album was a difficult birth. Sessions recorded with Tony Visconti, Focus, and Myths producer (and Simian Mobile Disco dude) James Ford were all scrapped before finally getting it done with Robinson in Los Angeles earlier this year. Despite threatening to go full prog, the first taste we got of Surfing the Void was "Flashover" that is pretty much what you might expect The Klaxons working with Korn's producer to sound like: loud, flinty, cacophonous, weird. Official first single "Echoes" is closer to a "Golden Skans" or "It's Not Over Yet" type vibe: poppy, kind of dancey, also weird. Lyrically, it seems we're still in sci-fi/fantasy/nu-age/what? territory. You can stream both songs via YouTube, with all currently known dates, below.... 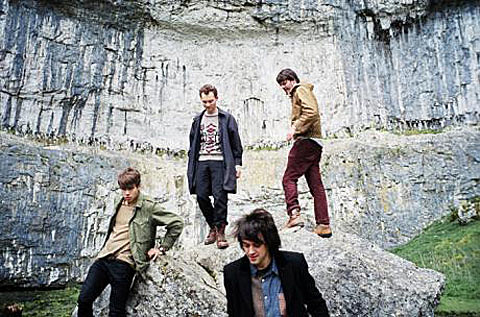 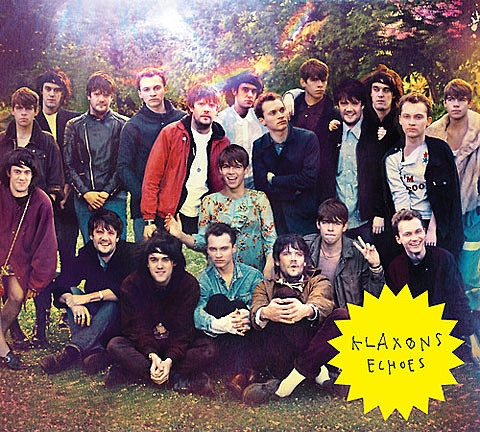