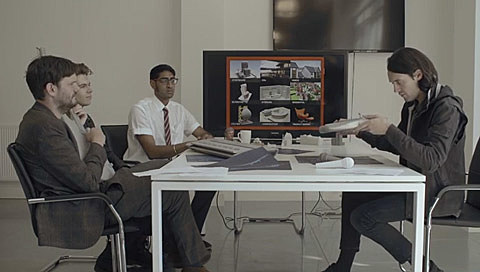 Klaxons return with their third album, Love Frequency, that finds them back on dance terra firma after the more rock-ish Surfing the Void. The album features production work from James Murphy, The Chermical Brothers, Erol Alkan and Gorgon City and, while it's not out till next week (6/16), can be streamed in full (via The Guardian) in this post.

Klaxons haven't announced any North American shows yet, but will be touring the UK this fall. It's being billed as the first-ever 3-D Printed Tour, at least it is in a promotional video that shows off the band's very dry sense of humor. Remember this is a band that put a cat in an astronaut flightsuit on their last album cover. That video, Klaxons tour schedule and the album stream, below...