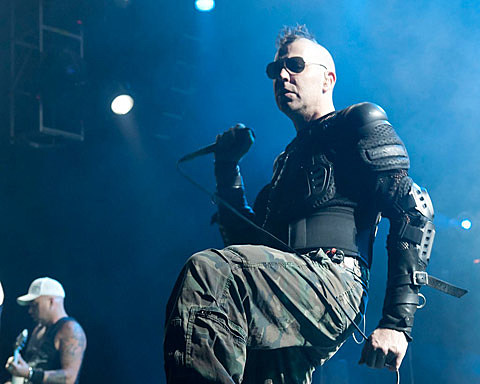 If you can't make it to Irving, then you'll be able to listen to the show afterwards anyway.... by downloading a copy of the live set via the band's webstore in the days following the show.

All tour dates and a couple of videos, including the band's latest video entitled "Krank", is below.

KMFDM - A Drug Against War