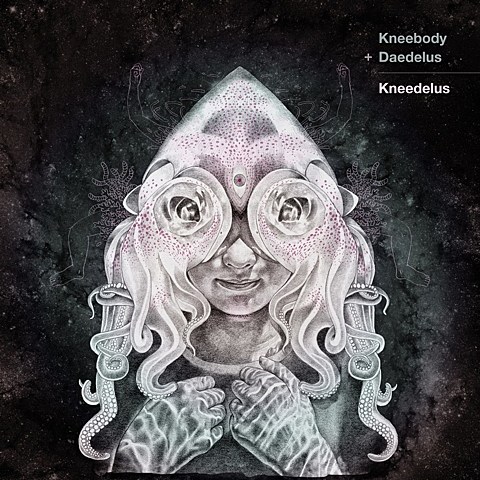 A couple weeks ago, prolific glitch hop producer Daedelus and NYC-via-Santa Monica jazz group Kneebody (who also recently collaborated with Kimbra) released their collaborative album as Kneedelus on Flying Lotus' label Brainfeeder. Daedelus has put out music on Brainfeeder before and he's been around the LA beat scene even longer than FlyLo has, but like this year's Kamasi Washington album, Kneedelus has Brainfeeder diving into real-deal jazz. That's not to say it isn't experimental out-there jazz, of course. If you haven't heard the album, you can listen below via Spotify.

Kneedelus were revealed today as part of the 2016 Noise Pop lineup, and that festival falls right in the middle of a proper tour they're going on. It hits NYC on March 13 at Le Poisson Rouge. Tickets for the LPR show are on sale now. All dates are listed below.