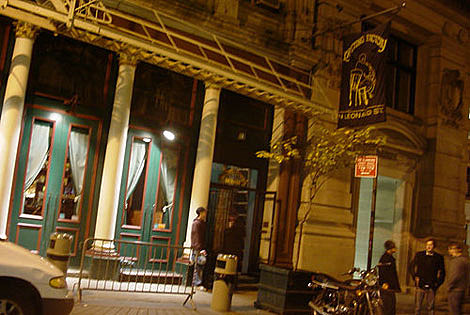 Just when you thought you attended the final show at Knitting Factory's Manhattan location...

Those three shows are not in Brooklyn, and they're not at the Studio at Webster Hall where KF has been promoting shows since their own space closed on New Years Eve. Those three shows are at 74 Leonard St., the very space that's apparently just been sitting there empty, but still fully functional, since they chose to close on December 31st even though their lease isn't up until July. Knitting Factory's new president Morgan Margolis realized the silliness of that, and has decided to reopen the club on select dates for special shows.