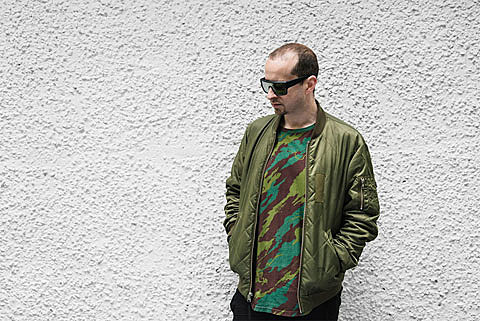 photo of Kode9 by Philip Skoczkowski

Kode9's first solo album is out now on Hyperdub, the record label he runs. He describes it like this:

Building slowly, but more upbeat than previous albums, many of these tracks have more in common with Kode9's recent singles from the last few years than they do with his two previous albums with collaborator The Spaceape 'Memories of the Future' (2006) and 'Black Sun' (2012)

Yet 'Nothing' is haunted both by The Spaceape's presence (he died in 2014 after a prolonged battle with cancer), on 'Third Ear Transmission', a communiqué from a zone of digital immortality, and his absence, on 'Void', whose spaces were originally intended for the vocalist, and 'Nothing Lasts Forever' which closes the album with a 9 minute silence.

In 2016, in collaboration with simulation artist Lawrence Lek, Kode9 will tour a live A/V set which revolves around a evacuated, fully automated, luxury hotel known as the 'Nøtel', whose corporate logo features on the album's cover. The project explores a post-scarcity world in which the only thing in short supply is humans. The performance guides the audience on a first-person tour through the uncanny architecture of the Nøtel. In sprawling chambers deep within slick glass corridors, they encounter warped spaces, quantum clouds, gravitational pools, dancing voids and holograms of the dead.

MEANWHILE, Kode9 is now out on a DJ tour that starts in Montreal tonight (11/11) and hits Cielo in Manhattan on 11/16 with Kiva & Francois K, zips directly to LA for a gig at Airliner, and then comes right back to NYC for a late night 11/20 party in Brooklyn at Palisades with M.E.S.H. and Geng. All dates are listed below.

Listen to a track from Kode9's new album with all of his tour dates listed below... 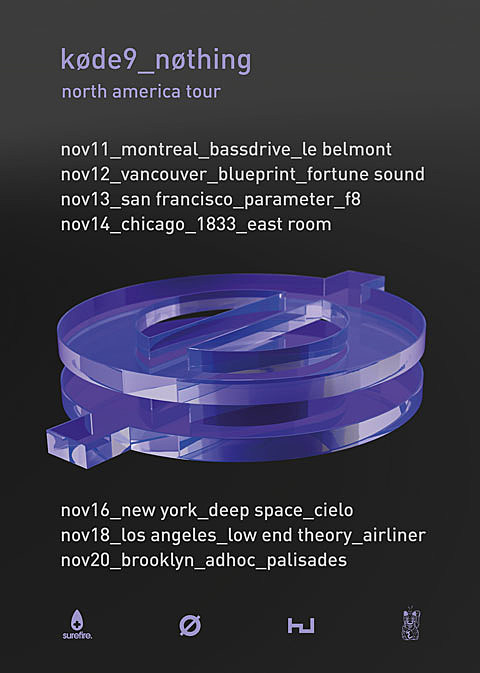