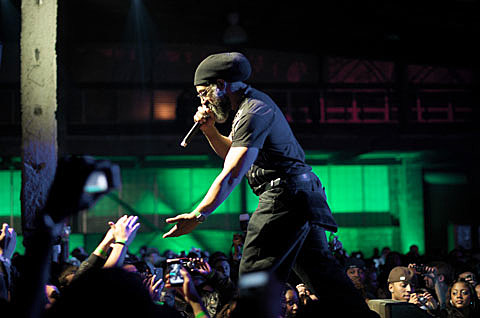 The man who inspired a music, a movement, and a culture needs your help:

DJ Kool Herc, one of the founding fathers of hip-hop, is allegedly "very sick" and cannot afford hospital treatment. The man who invented breakbeats is without health insurance and needs help, his friends say, to pay for surgery.

"[He] who we call the father of hip-hop, Kool Herc, is not doing well," DJ Premier revealed on his Sirius XM radio show this weekend. "Since he's very sick and has no insurance ... [he] needs to pay his bills so he can get out of hospital."

Kool Herc, real name Clive Campbell, was an integral figure in early hip-hop, developing DJ techniques and encouraging breakdance culture. But although he was a major influence on artists such as Grandmaster Flash and Afrika Bambaataa, Kool Herc was a DJ, not a record producer, and did not score any hits. Consequently, Premier said, the 55-year-old cannot afford surgery.

"We spoke today, and he needs some help to pay his bills for the hospital because he can't hold it down," Premier said. "And being that he is the man who set this whole culture off, ya'll should be wanting to do it any type of way that you can." -[The Guardian]

Sonce the above article was posted, Kool Herc has left the hospital (according to AllHipHop CEO Chuck Creekmur) but his medical issues persist. No details on what might be ailing the hip hop legend, but we'll keep you posted.

If you want to help then according to DJ Premier, you can either Paypal Kool Herc's sister Cindy Campbell via cindycampbell1 [AT] aol [DOT] com or mail in any donations to Kool Herc Production, PO Box 20472 Huntington Station, NY 11746. There will also be a Tony Touch-hosted fundraiser (with not many details available) at Sutra this Tuesday night.