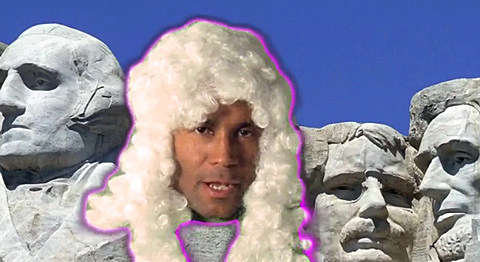 Rap iconoclast and general eccentric, Kool Keith remains resolutely weird 25+ years into his career. Among his latest exploits: The Kool Keith Show, clearly influenced by Adult Swim and which just posted its second episode online. You can watch, along with the first, below. He also just guested on a track by DJ Mighty Mi and you can listen to that below, too.

Meanwhile, Kool Keith has a new live band, Lucky Bears Foot, who will be making their debut at Joe's Pub on March 28. That's about it on the details front, but it's a late show (11:30 PM) and tickets are on sale now. It's part of a string of dates KK's got lined up and all are listed below.

If you're wondering what a Kool Keith show is like these days, he just played Philadelphia's Kung Fu Necktie last week (2/19) and his set included songs from his many guises: Dr. Octagon and Dr. Dooom, plus a couple of Ultramagnetic MCs tracks as well. You can watch video of his whole show and check out the setlist below.