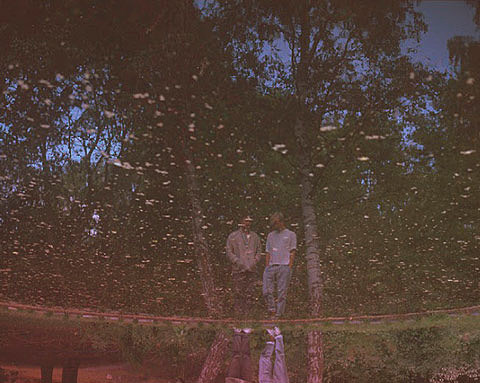 Swedish electronic duo Korallreven (one-half of which is The Radio Dept's Daniel Tjäder) have a new single, "Here in Iowa." It's also their last. They say, "It's been magic, but there is a time for everything and an end to everything too, also with Korallreven." It's a nice goodbye, sticking to their patented balaeric dreampop sound and you can listen to it below.

Korallreven will be playing two farewell shows, one in Sweden and one in NYC as part of Cascine Records' fifth anniversary party at The Wythe Hotel on September 17 with Chad Valley, Lemonade, Yumi Zouma, and Cuushe. Tickets are still available.

In related news, Yumi Zouma are reissuing their two EPs as one vinyl record via Cascine on September 18.