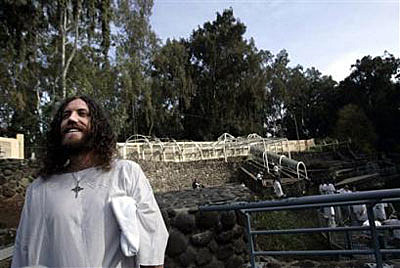 "Since he left Korn last month to focus on Christianity, Brian "Head" Welch has delivered a sermon from the pulpit, traveled to Israel and been baptized in the Jordan River. Now he's turning his attention to saving souls — and he's decided to start with 50 Cent.

On Friday, Welch e-mailed MTV News detailing his trip to Israel (see "Claiming 'God Told Me' Brian 'Head" Welch Is Baptized In Israel"), where he began working on solo material to be released under the moniker Head. One of the songs he discussed in detail was — as he described it — "a personal letter to 50 from God," which he may or may not release, depending on 50's reaction to it.""