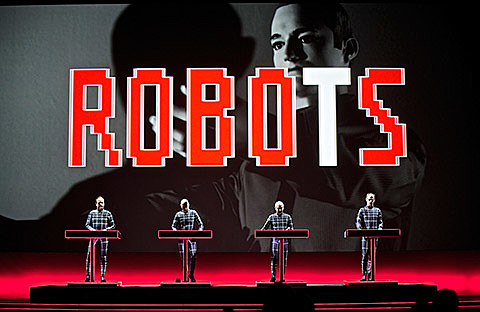 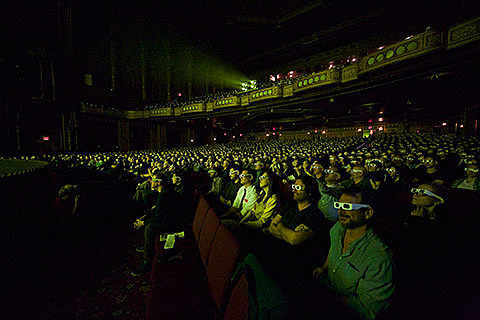 As fans filtered into the [venue] for a sold-out Kraftwerk concert, they were handed cardboard 3D glasses. Followers of the group - so revered for its ahead-of-its-time music and image - might've expected something a little more high-tech. A space suit, perhaps?

But in many ways the cheap accessory aptly summarized the German quartet's aesthetic: a merger of futurism and nostalgia, the avant-garde and bubblegum. [Greg Kot, Chicago]

Kraftwerk's 3D tour hit NYC last night (4/1) for their first of two shows at Washington Heights' United Palace Theatre. Starting the evening just before 8 PM with "The Robots," the synthpop pioneers played for a little over two hours, hitting most of their well known songs. The main set ended with a medley and balloons dropped over the audience. (They came out for a two-song encore.) Setlist and pictures from the show are in this post.

Kraftwerk play United Palace again tonight (4/2). Initially sold out, they released more tickets yesterday and are still available. It's one of the prettiest venues in the city, and sounds good too. More pics from Tuesday's show below... 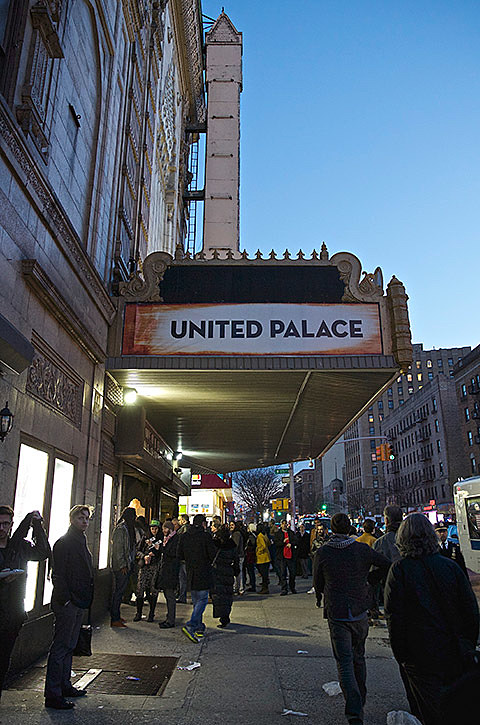 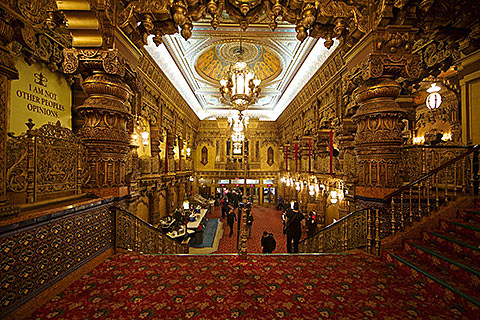 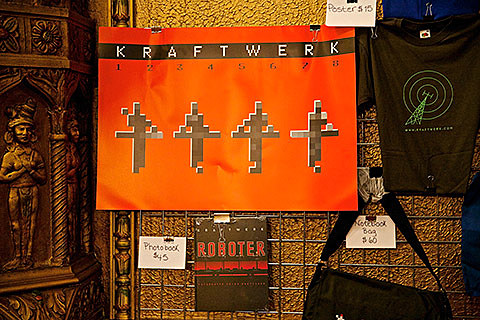 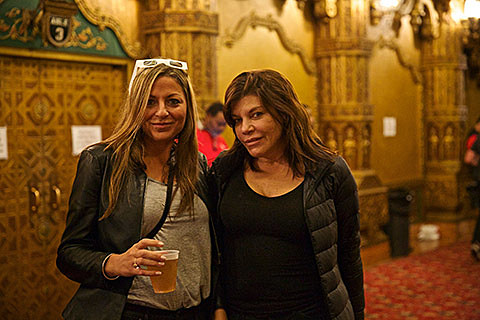 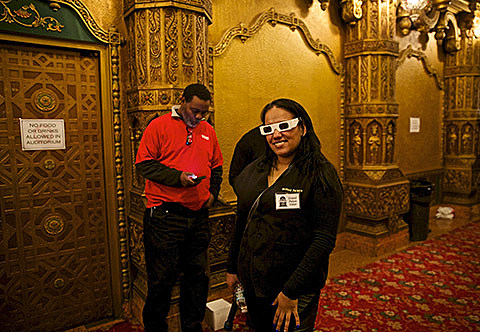 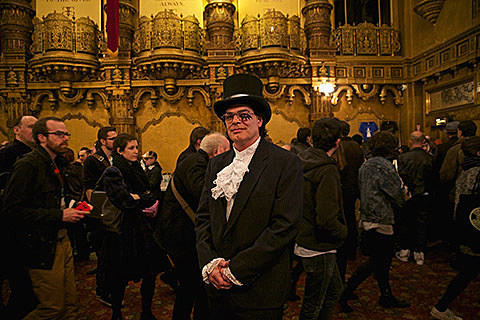 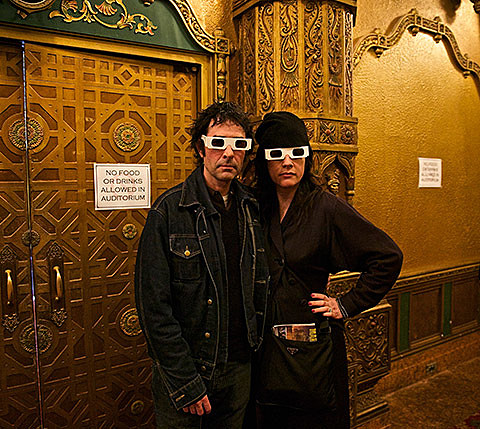 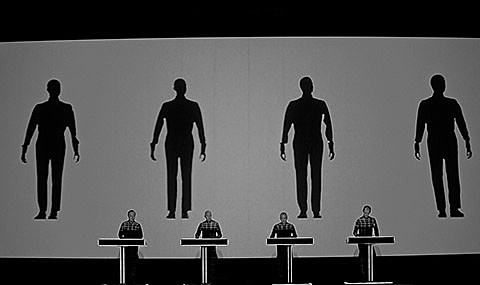 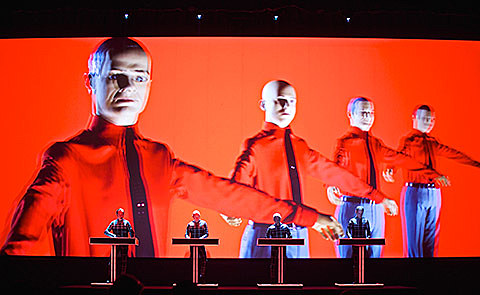 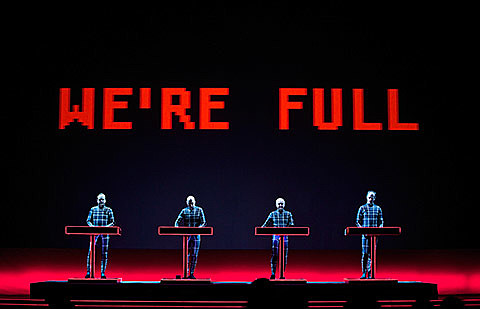 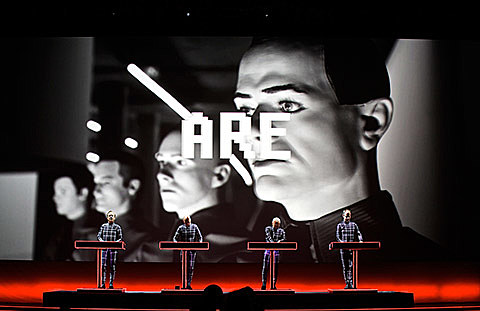 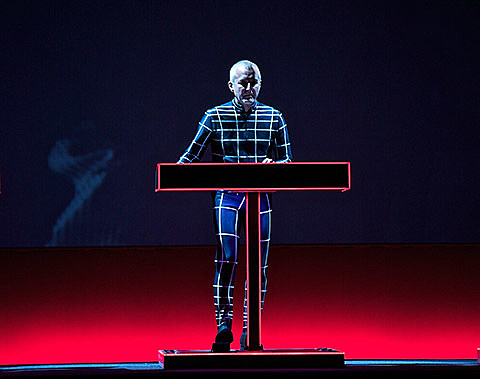 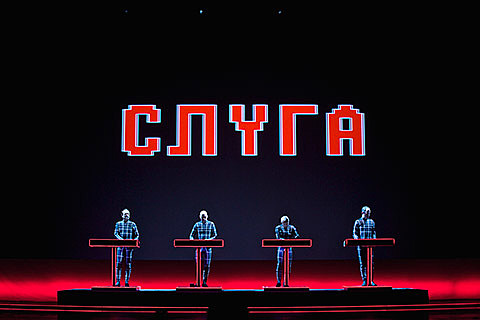 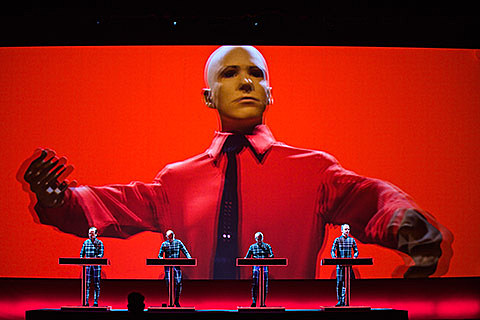 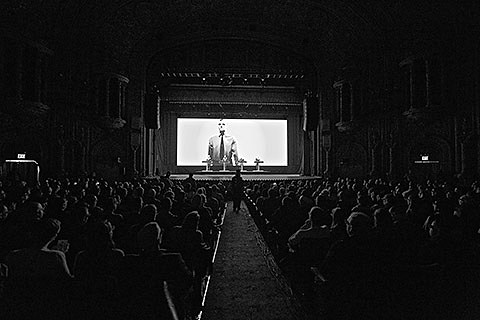 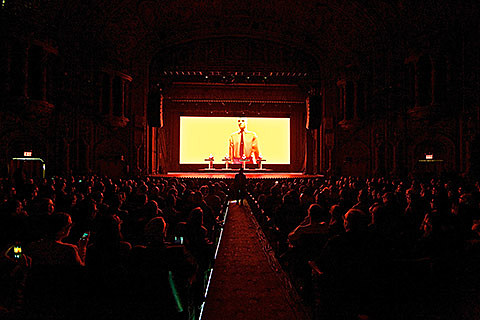 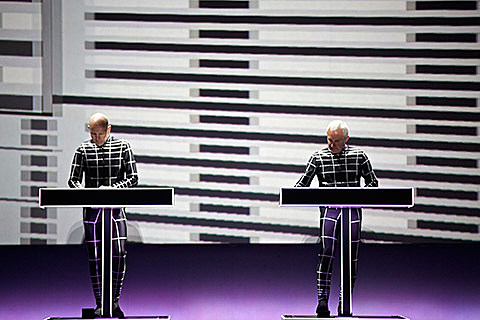 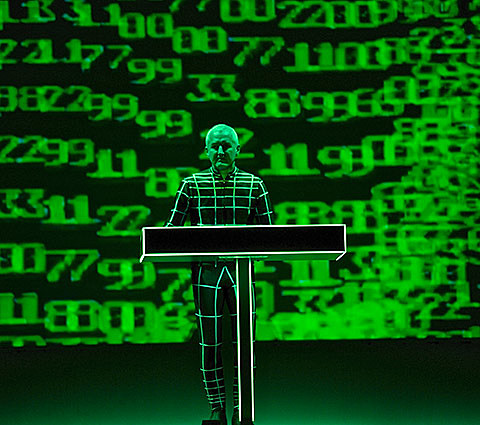 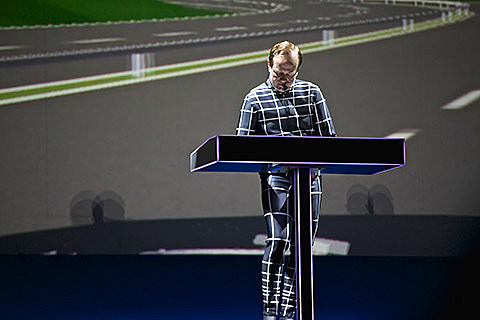 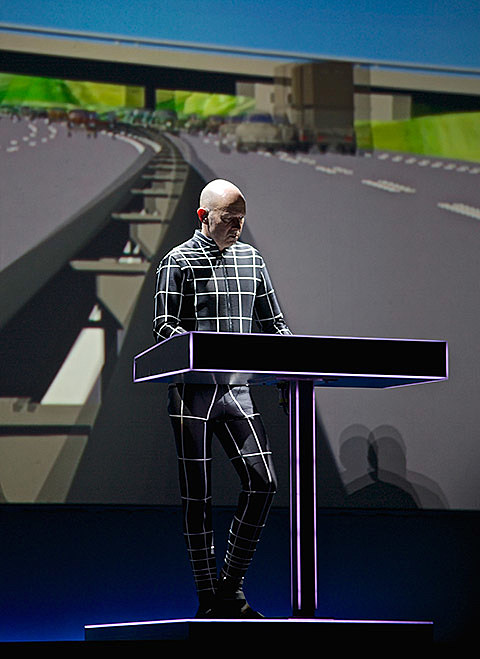 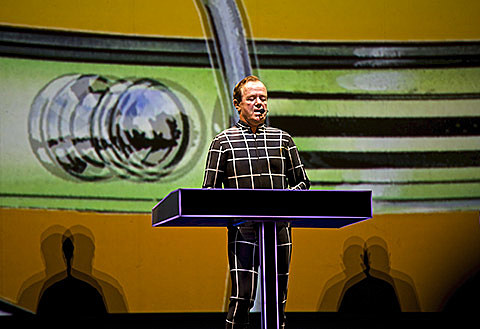 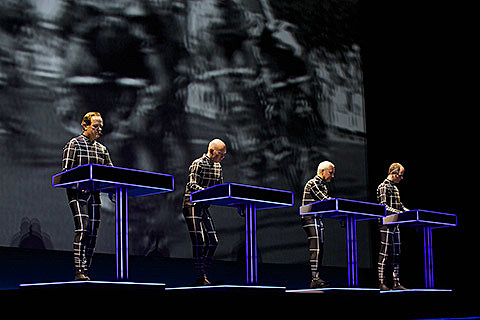 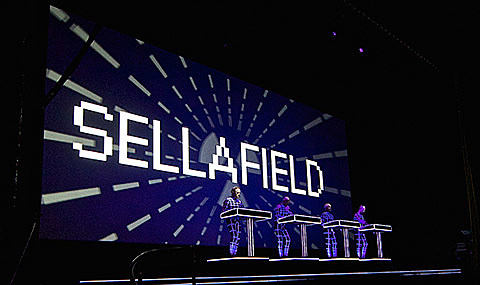 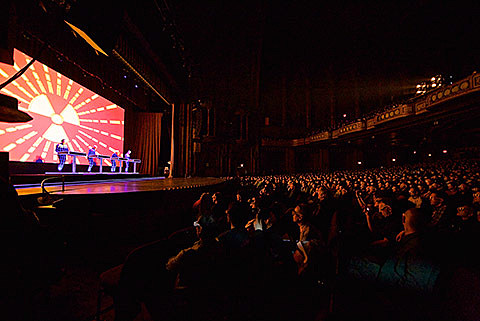 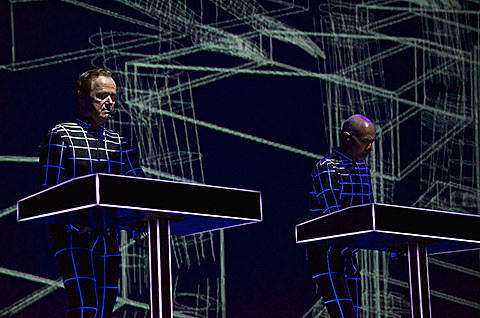 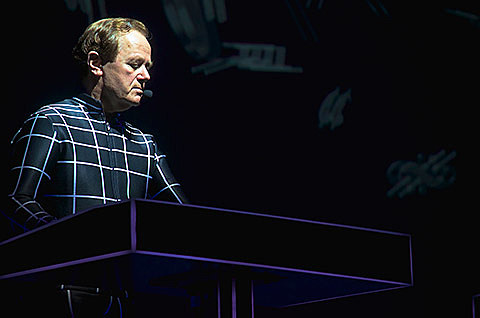 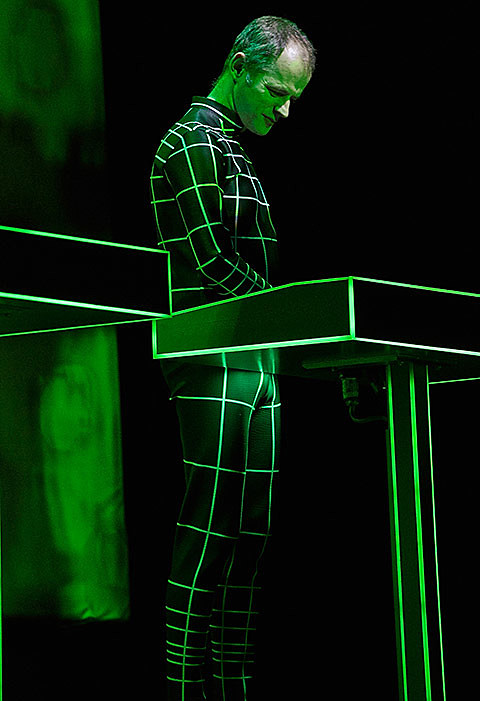 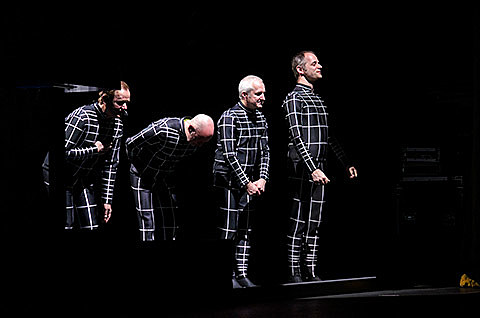