Krallice at The Studio at Webster Hall (more by Greg Cristman) 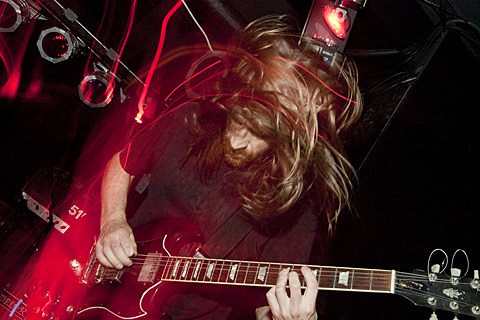 The show is one of two NYC dates scheduled for Krallice, as they'll also join Dutch band Urfaust, Black Anvil and Ruin Lust for a show at Union Pool on 9/17 (tickets) as part of their weekend outing with Urfaust and Black Anvil. Additional dates include 9/16 at Golden West in Baltimore with Oak and 9/18 at Kung Fu Necktie with Endless Humiliation (no Krallice).

The last House of Vans show featured sets by Big Freedia, and Tokyo Police Club, and Against Me, Japanther, and Team Robespierre.