Krallice at House of Vans (more by Fred Pessaro // BBG) 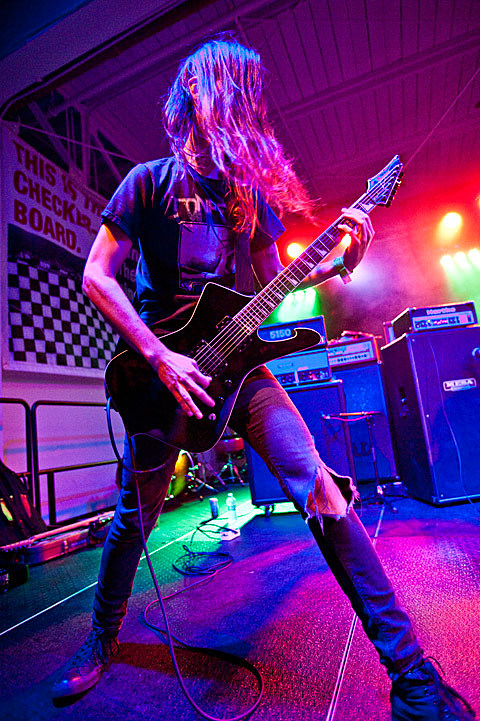 Krallice have announced that their fourth LP, Years Past Matter, will see a self-release on CD/Digital with vinyl via Gilead Media "shortly thereafter". In celebration, the Brooklyn band will play NYC at Saint Vitus on August 25th. Tickets are on sale and support will come from Ancient Wound.

Reminder, Colin Marston of Krallise is readying Dysrhythmia's new LP which is due this fall. The band also has a record release show scheduled for  Saint Vitus, this one on September 22nd (tickets). Two-thirds of Dysrhythmia recently played Irving Plaza as 1/2 of Gorguts (pictures).

Another reminder though more on the imminent tip, Kevin Hufnagel of Dysrhythmia will play Saint Vitus on 7/21 (tickets) supporting Mike Scheidt (YOB) and Nate Hall (US Christmas).