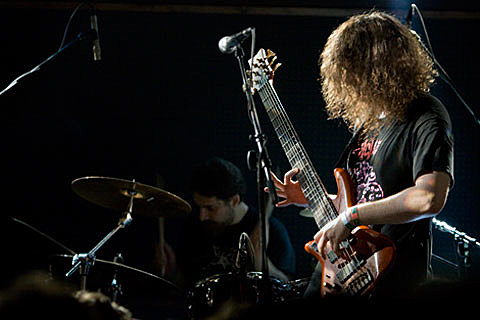 Krallice have spent some time away from the live stage as of late, but will return on October 7th for a show with incredible blackened blasters Infernal Stronghold and Concussion at Shea Stadium in Brooklyn. The band has been working their follow-up to Dimensional Bleedthrough for Profound Lore Records, though no word on a date or the current state of the release. - BBG

In related news, Nick McMaster of Krallice appears on Nader Sadek's new In the Flesh.

And speaking of Shea Stadium, Pygmy Shrews, Unnatural Helpers, and the Babies play there tonight (8/30). It will be the Unnatural Helpers' 2nd of four NYC-area shows. On Saturday they played Dead Herring because that's where their show scheduled for Bruar Falls was moved to. Tuesday, 9/1, they're at Maxwell's and Wednesday is Cake Shop. More info in This Week in Indie.