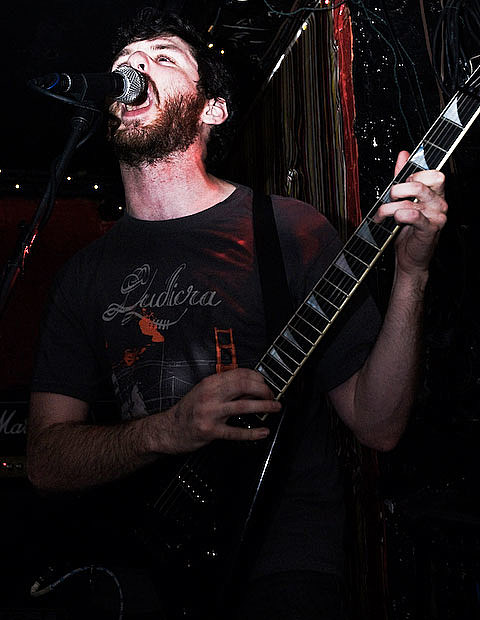 This year, as the clock swings from devil's night to Halloween, BrooklynVegan and Haunting The Chapel will present a night of black metal with the return of Krieg and the fantastic Woe at Knitting Factory! The show takes place at 11:59PM on Saturday, October 30th directly after the previously discussed AGE/Hellshock show happening in the same venue that evening, and will be $5 to get in, or just $2 if you paid to see the show earlier that night. Tickets are on sale.

Both Krieg and Woe feature Chris Grigg (on drums and guitar/vox respectively) and both have new LPs on the way in October via Candlelight Records. The new Woe, Quietly, Undramatically, hits record stores on 10/12 while the new Krieg, The Isolationist, impacts 14 days later.

Neil Imperial of Krieg also logged hours on he latest Twilight (the band) record, and two of his Twilight band mates (Blake of Nachtmystium and Steve of The Atlas Moth) played The Studio at Webster Hall on 9/15.

In related BV-presented show news, a reminder that the Batillus and Kowloon Walled City tour kicks off tomorrow (9/18) at Cake Shop with Riff Cannon. The early show will have doors at 5PM and cost you $10.

Halloween show flyer (created by the uber-talented Sophie Penrose), and some videos below. 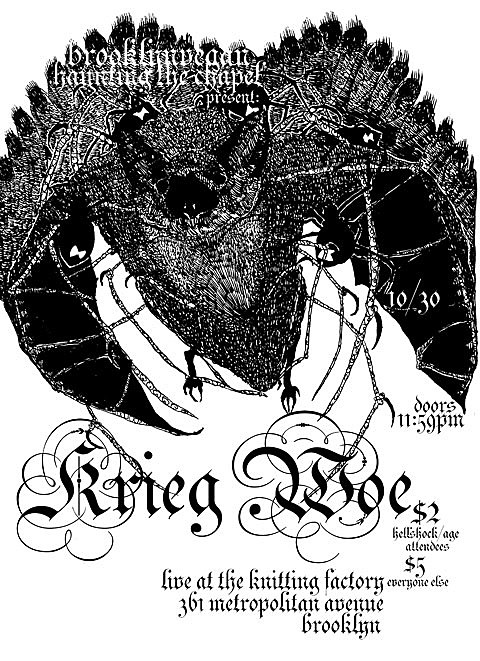