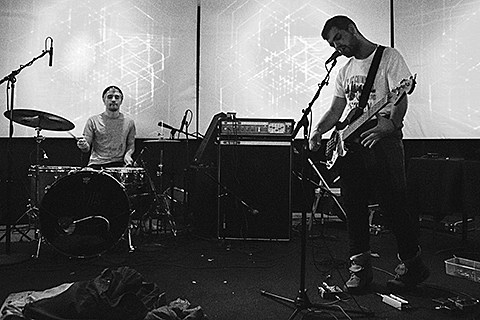 Boston indie rockers Krill have a few shows coming up, and they're saying these will be their last. The band writes:

hello friends of krill ~~ there is news: we have decided to stop doing/being krill. we have a trillion people to thank for the very very very very good run we've had, but it is time for us to do other things. we've been insanely lucky to work with the people we've worked with, play with the bands we've played with, and have the support of so many great and kind people. even though we won't be an active band anymore, our albums will still be there for listening

we are gonna have a couple "goodbye" shows, and you should come if you want to come. will have some old homies at each, more on that to come

thanks everybody for everything. lot of tears cheers and jeers to come

ps. we WILL be playing scheduled shows - including one in boston this weekend and one at suny binghamton :) :)

No advance tickets or other acts announced for the two goodbye shows yet, but stay tuned. All dates are listed below...